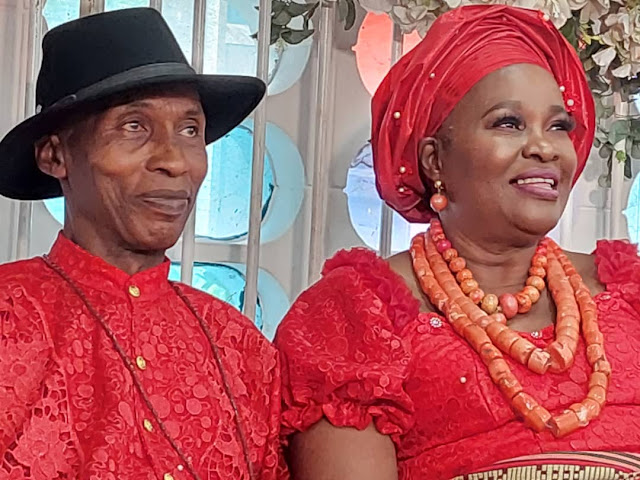 Friends and Families of the couple attended the traditional and white wedding on Saturday, 9th October 2021.

Her younger brother, Fred Amata was the first to announce that his elder sister was getting married at 64 when every one had given up. 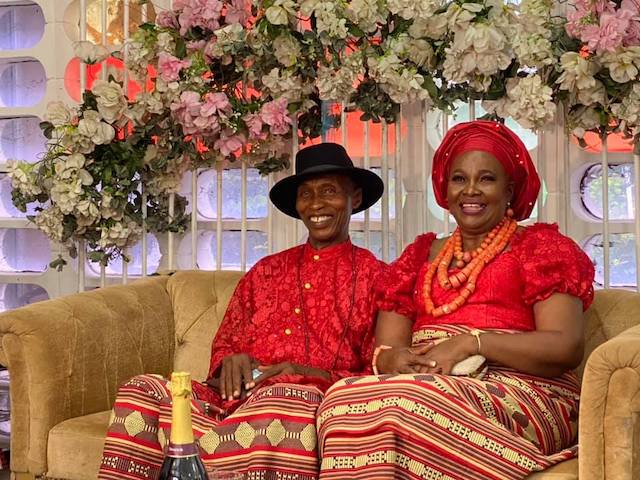 Erumena called her bridal train who were over 50 years old and above ‘Maids of honour.’

One of her maids of honor flew in from London to witness the historic event. 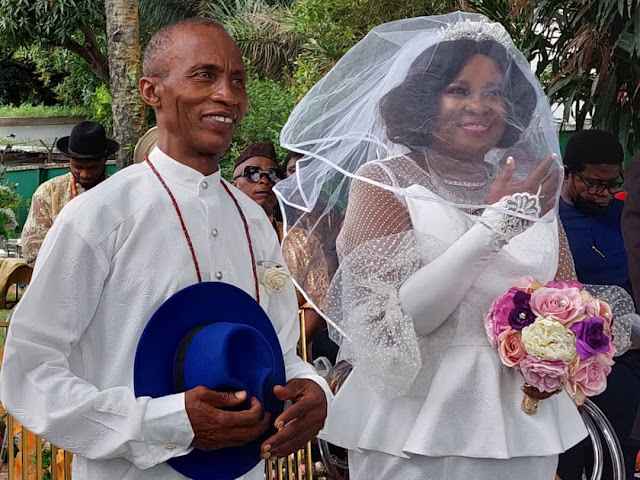 She told BBC Pidgin that the strict environment of high morality she grew up in contributed to why she didn’t get married on time.

Concerning how she met her husband, Erumena said that it was through a ‘mutual friend’ 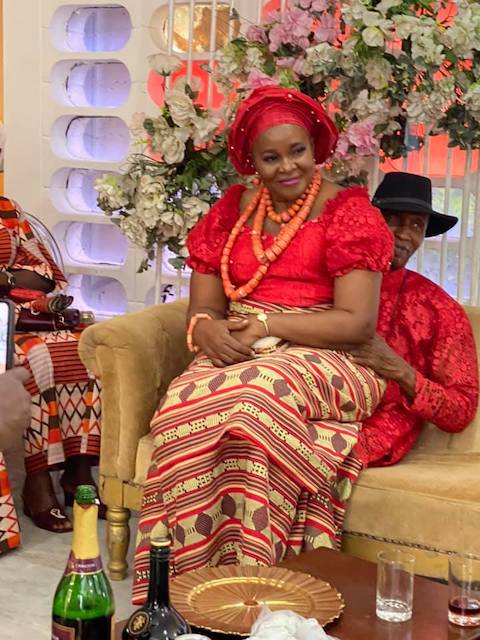 From there two of them continued to chat through WhatsApp and talk on the phone.

Erumena described her husband who is a pastor as calm and understanding.