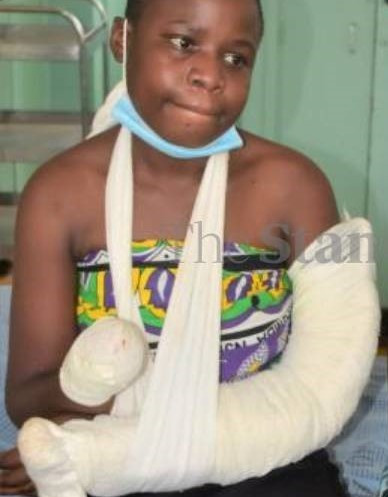 A 22-year-old Kenyan woman who had her hands chopped off by her husband has warned women in abusive marriages to leave.

Speaking to The Standard from her hospital bed at Busia County Referral Hospital on Monday, November 22, Janet Auma vowed never to remarry.

“Do not listen to the advice of staying put and protecting your marriage. That is the mistake I made,” Auma said.

She said she met her Bernard Ouma in 2018. They dated for a couple of months before they started living together in Kibomet in Kitale.

Before meeting Ouma, she had dropped out of school after getting pregnant when she was 17-years-old.

She was a Form Two student at Buhuri Secondary School in Butula sub-County. The man responsible for the pregnancy deserted her.

“I was seven months pregnant when I dropped out of school due to the stigma I faced,” said Auma.

She later met Ouma who promised to take care of her child.

“My husband also had two children from his previous marriage. We agreed to be responsible parents,” she says.

Eighteen months later, she got pregnant again. “Our marriage ran into headwinds after giving birth. My husband told me that he would not take care of a child he did not sire.”

Auma said she asked her ex-boyfriend to come for his son, but that did not go well with Ouma, who accused her of infidelity.

She claims Ouma senselessly beat her for no reason. “I always lived in fear, but fellow women would encourage me to stay put, insisting that marriage is full of challenges.”

Her decision to attend a parents’ meeting at a local school where her husband’s two children schooled landed her in trouble.

“When I came back home later in the afternoon, I found the television shuttered. My stepchildren told me that my son was responsible,” she said.

Ouma locked her and her son in the house and beat them up.

“He would lift the baby and drop him on the floor while raining blows and kicks on me for at least one hour. We sustained serious injuries. At midnight, when we had retired to bed, he told me that he would kill me unless I replace the television screen.”

“In the morning, he gave his children some money for breakfast and lunch and never bothered about us. I told my sister what had happened, and she sent me Sh800 for fare back home,” she says.

Her mother-in-law later visited her parents and pleaded that she goes back to her matrimonial home, but she declined.

Auma went to Nairobi, where she worked as a casual worker and came back home in August this year.

She said, when her estranged husband got wind of her return, he visited and convinced her to go back to him.

“He claimed he had reformed. I agreed to go back to him against the wishes of my mother. After one week, the problems started again,” she said.

According to Auma, her mother had sent her clothes but inside the bag, there was a t-shirt that did not belong to her.

Her husband accused her of accepting gifts from her secret lovers and threatened to kill her.

The following morning, Ouma asked the wife to take her sick son to the hospital and gave out Sh700, which she used as fare back home on October 26.

He (Ouma) started sending people to convince Auma to go to her matrimonial home, but she refused.

And on October 31, Ouma arrived at her home and attacked her with a Panga before fleeing on a motorbike.

“I was picking firewood when I saw him approaching wielding a panga. His face was covered, but I could identify him easily by his walking style. I stood still and pleaded with him not to harm me, but he went ahead and chopped off my hands,” said Auma.

“He was targeting my head, but I used my hands to protect myself. My left hand was completely chopped off.”

She reported the matter at Butula Police station, but the accused person remains at large.

Bumala sub-County Police Commander Jacob Chelimo said they are still looking for the suspect a month after the incident.

The victim’s mother, Modesta Auma, is worried that the suspect could go scot-free.

“He (suspect) has been spotted in our village during evening hours, and we are afraid that he could strike again.  We want the police to protect us,” she said. 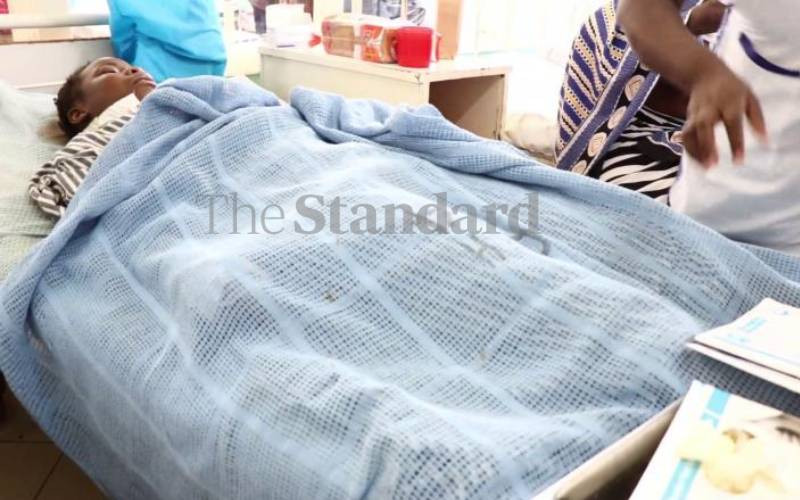 Gentrix Sanda, a Medical Social Worker at the referral facility’s Gender-Based Violence Centre, said Auma should be taken to a safe house, especially now that the suspect is still roaming around.

Auma starred at her hands with pity. “I appeal to well-wishers to help me get artificial hands and clear Sh50,000 hospital bill.” she said. 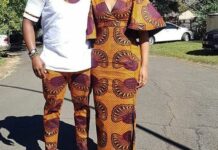 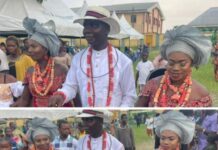 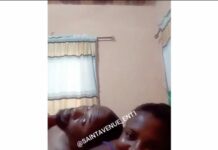