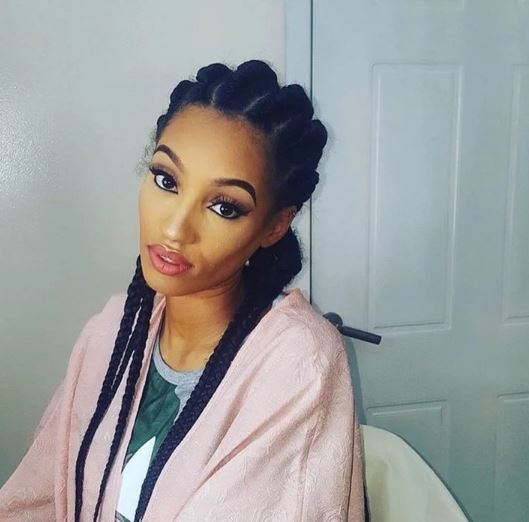 Mavin artiste, Di’ja has joined the millions blaming greedy house owners for what happened at Ikoyi.

On Monday, an uncompleted 21-storey building located at Gerard Road, Ikoyi, Lagos state, collapsed with a yet-to-be-ascertained number of persons still trapped beneath the rubble.

In a statement issued on Tuesday, Gbenga Omotoso, the commissioner for information and strategy said:

“Nine persons – all men – have been pulled out of the rubble alive. They have been taken to the hospital. Unfortunately, 14 others were brought out dead.

There were also reports that the house owner was given approval for a 15- storey building and not the 21-storey building he cut corners to build with inferior materials.

Reacting to the news, Di’ja took to Twitter to drag greedy property owners. She asked them to appeal to their conscience and start valuing people’s life over money. Without sugarcoating words, Dija warned them to stop cutting corners with buildings. 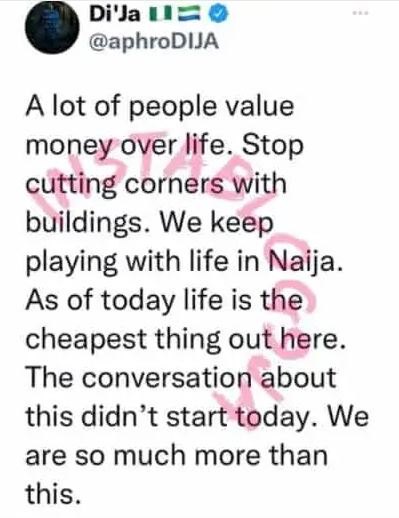 I won’t commit suicide for being plus size – Actress, Eniola...