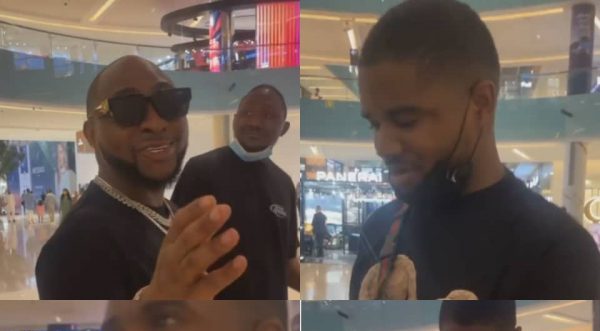 A fan of Nigerian ace musician Davido, who reportedly gifted the musician a sum of N1.6 Million at a Dubai mall has been threatened to pay his debt by an alleged debtor.

If you will recall, a little while ago, a die-hard fan bumped into Davido at the shopping mall yesterday, and in order to include himself as one of the fans showing the singer love, the young man @lincon_11 counted 10k dirhams (AED10,000) which is equivalent to N1.6 million naira and gave it to Davido in the presence of his crew members.

But it appears the people who the young man is allegedly owing some debt, got wind of his cash gift and have now threatened to go to Dubai and deal with him, by the weekend.

A social media user, identified as Prince Omego made the statement on his Snapchat story, writing: 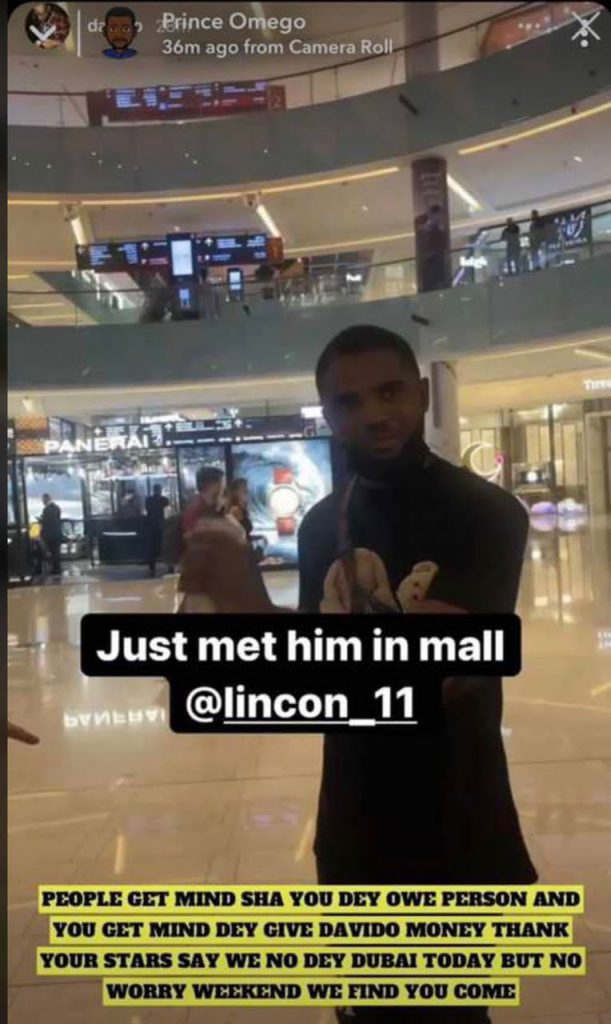 Atiku’s Lawyer Not Licensed To Practise in Nigeria – INEC Tells...