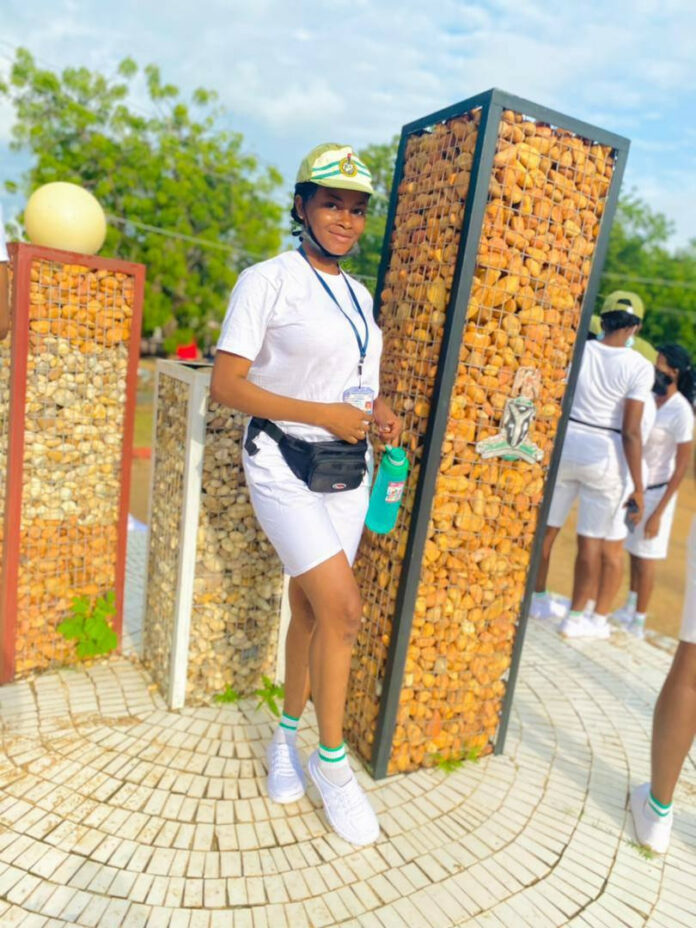 A 26-year-old member of the National Youth Service Corps (NYSC) Zainab Sanni Oyindamola has been confirmed dead in the 21-storey building that collapsed in Ikoyi area of Lagos.

The lifeless body of Zainab, who was serving with the construction company, Fourscore Homes Limited, was pulled out from the rubbles yesterday, November 3, dashing the hope of her family members who have been at the scene waiting for good news.

It was gathered that the deceased’s mother got her redeployed from Borno State due to insecurity.

According to Daily Trust, the deceased was among the six Corps members deployed to the company. But while others escaped by whisker on the fateful day, Oyindamola got trapped in the rubbles.

A source at the NYSC confirmed to Daily Trust that as of now, Oyindamola was the only corps member who died in the incident.

“Oyin as she was fondly called was a 2021 batch B corps member who was originally deployed to Maiduguri but got a redeployment to Lagos after the three-week orientation,” the source said.

A family member, who spoke with journalists at the scene of the, said Oyindamola resumed work at the company about three weeks ago.

“She has been coming here since then. We don’t even know why they sent her here. She was originally posted to Borno but her mother redeployed her. If we had known, we would have allowed her to continue her youth service in that state, the family source said. 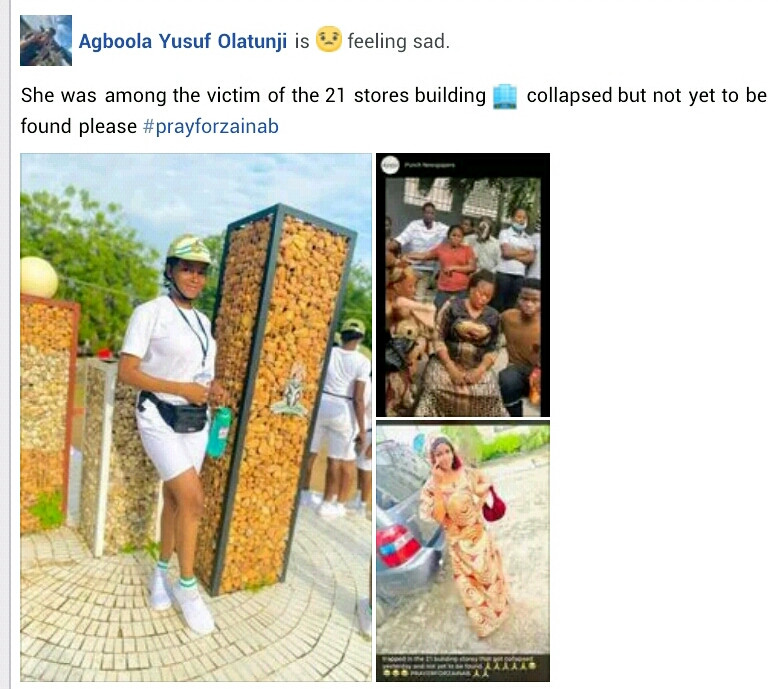 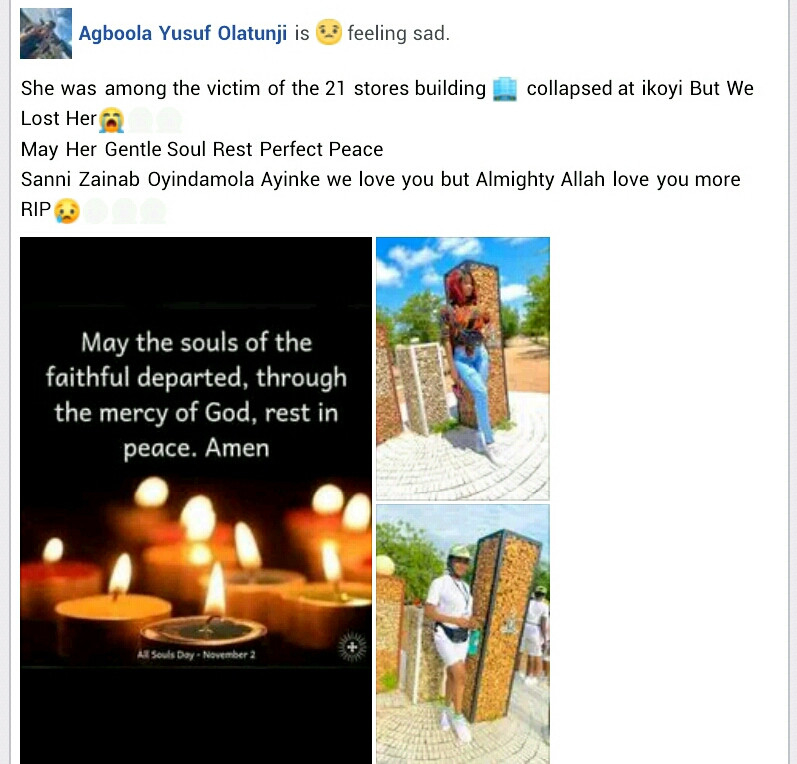 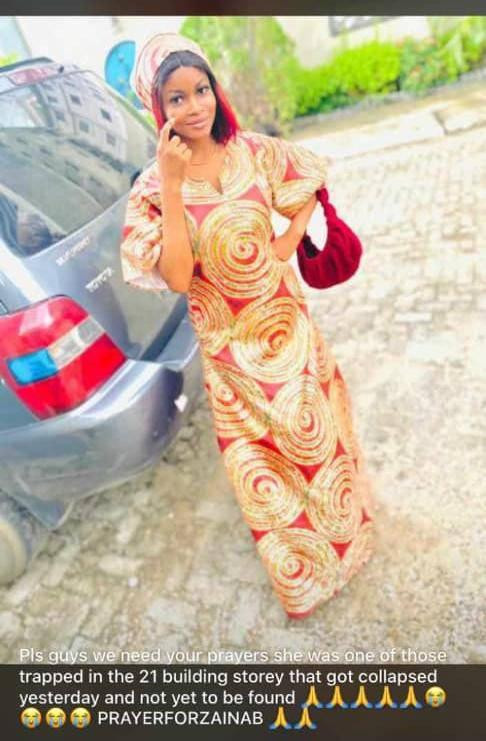 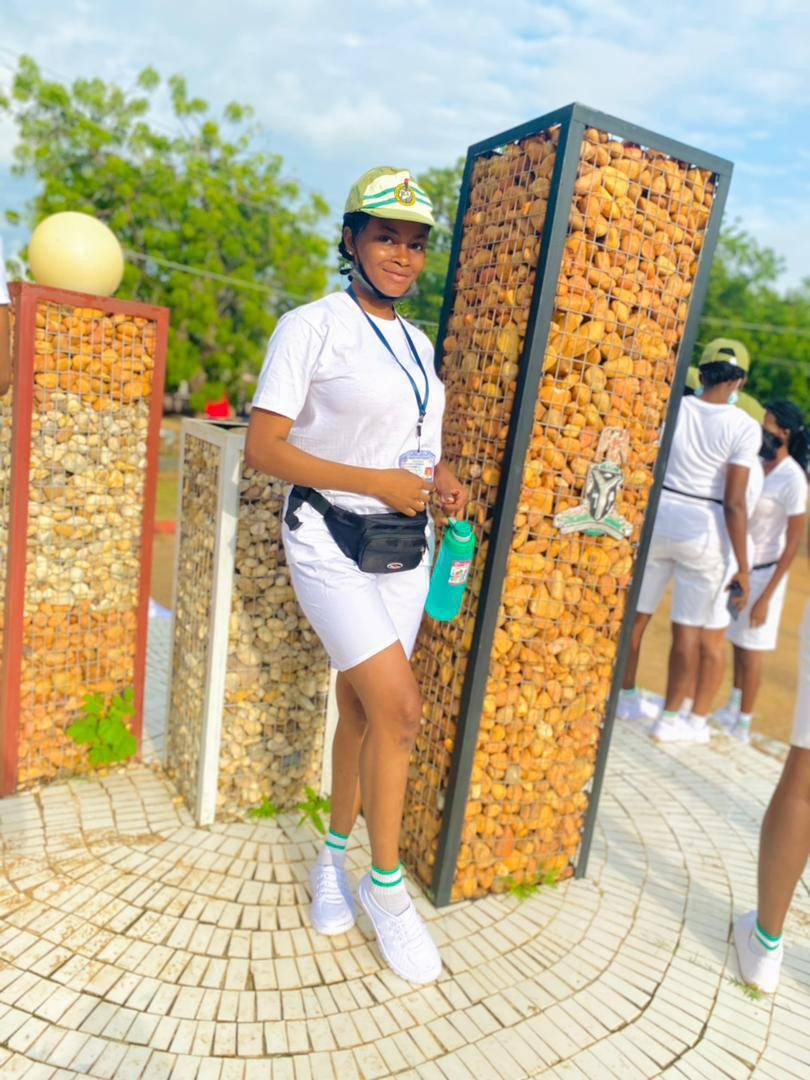 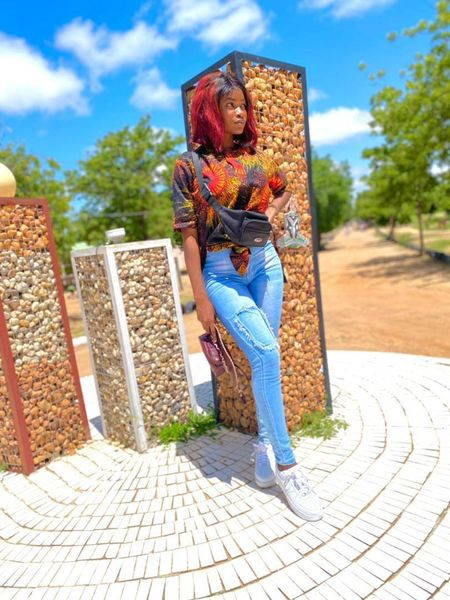 Governor Mourns Death Of 3 Girl Students Who Died Of Food...