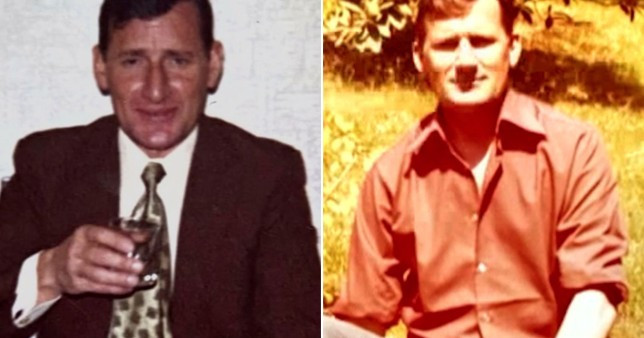 The first Brit to die from HIV/Aids has finally been named after spending four decades known as ‘Patient Zero’.

John Eaddie, who ran a guesthouse in Bournemouth in the 1970s, died on October 29, 1981, at the Royal Brompton Hospital in Chelsea.

His cause of death was recorded as pneumocystis pneumonia – which would later be recognised a sign of HIV/Aids.

While doctors did not know what Aids was at the time, the public were aware of a mystery illness which they believed was only killing gay men.

The term Aids (acquired immune deficiency syndrome) was first used by the US Centers for Disease Control and Prevention (CDC) in 1982. But before the illness was given a name it had already claimed hundreds of thousands of lives.

An investigation by ITV’s Tonight programme has now named Mr. Eaddie as the UK’s first AIDS victim. By tracing his family and friends and unearthing his medical records, his story can be told properly for the first time and his loved ones can finally pay tribute to him.

Speaking to Paul Brand for Tonight, friends remembered Mr. Eaddie as a ‘warm’ and ‘fun-loving’ character who ran the guesthouse as a safe haven for gay men to meet and drink in the late 70s.

Tony Pinnegar told the programme: ‘He was a very charming man. He very quickly deteriorated and ended up in hospital in London. We thought he had pneumonia or something.

I remember going to see him. We thought he was going to recover, but I remember the doctor saying, ”He’s not going to survive”. He was just lying there unconscious, strapped up to machines. And that was it, we never spoke to him again.’

Paul Wills added: ‘I think its quite fitting that John can be remembered because there was such a stigma.’ That stigma led to many gay men being victimised in the 1980s, with the disease being referred to as ‘gay cancer’ or ‘the gay plague’.

Ken Dee, who also knew John, told Tonight: ‘There were lots of things I think we were quite glad to cut out.

‘We went through such a terrible time in our lives. But what John did was set up some place that was really safe. And that’s something we will always remember.’

By the time Mr Eaddie was diagnosed, his life expectancy would have been just months or even weeks.

Shortly after his death, Professor Jonathan Weber began a study of 400 gay men in London exhibiting early symptoms of AIDS. He told Tonight that of those, 399 subsequently died.

‘We had nothing for the underlying disease. And indeed we still didn’t know what the disease was,’ he said.

‘We had no idea what it was until 1984. The power of this virus to kill people without intervention is quite extraordinary.’

The first AIDS patient to be publicly identified in the UK was Terrence Higgins, who died in 1982.

His friends set up a charity in his name, with co-founder Martyn Butler at Heaven nightclub in London the night Terrence collapsed. He broke down in tears as he spoke to Tonight about the AIDS epidemic.

‘I started to write down guys names in the front of my bible because I was terrified I was going to forget their names’, he said.

‘And I remember getting to 50 and I had to stop because it was like collecting phone numbers. They were all so young. Just young boys.’