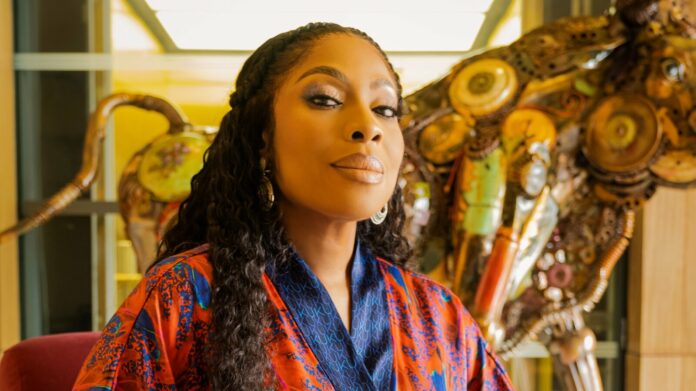 Mo Abudu, the CEO of EbonyLife Media, has signed a movie development deal with BBC Studios.

According to Deadline, the deal will see the movie executive develop a six-part heist thriller titled ‘Reclaim’.

‘Reclaim’ is a series written by Rowan Athale based on an original idea by Abudu, Heidi Uys, and Bode Asiyanbi.

‘Reclaim’ follows a team of art thieves looking to return artworks stolen by the British 125 years ago from Nigeria.

The masks displayed in Britain, Germany, and the US museums have to be reclaimed to restore national pride.

It is understood that the heist thriller series will combine themes of colonialism, race, and cultural ownership.