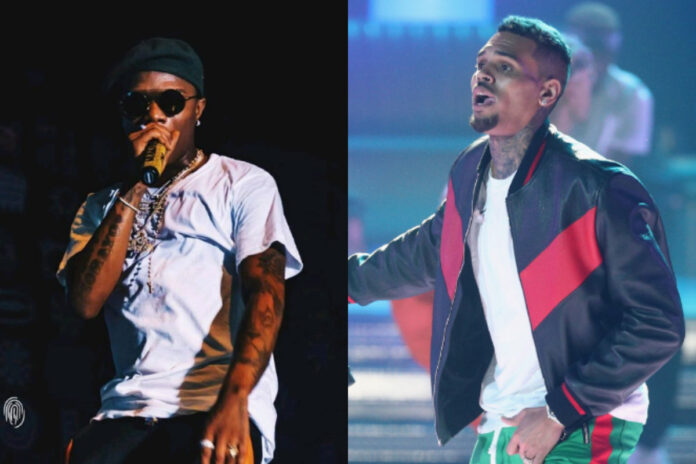 American RnB singer and songwriter, Chris Brown pulled up a surprise performance at the O2 Arena alongside Wizkid during the “Made In Lagos” concert.

Earlier, Wizkid unveiled his O2 Arena concert back in August with the first date selling out barely minutes after it went on sale. He became tied with the American megastar, Beyonce as one of the fastest to sell out the O2 Arena which has a 20,000-sitting capacity.

Wizkid has already embarked on his 3-days concert at the O2 Arena in London after he promised his fans a once-in-a-lifetime experience.

While thrilling his audience with an electrifying performance, Chris Brown made a surprise appearance on stage as he performed alongside the Nigerian superstar. Wizkid while introducing Chris Brown on stage stated that he was the first star to show him love internationally.