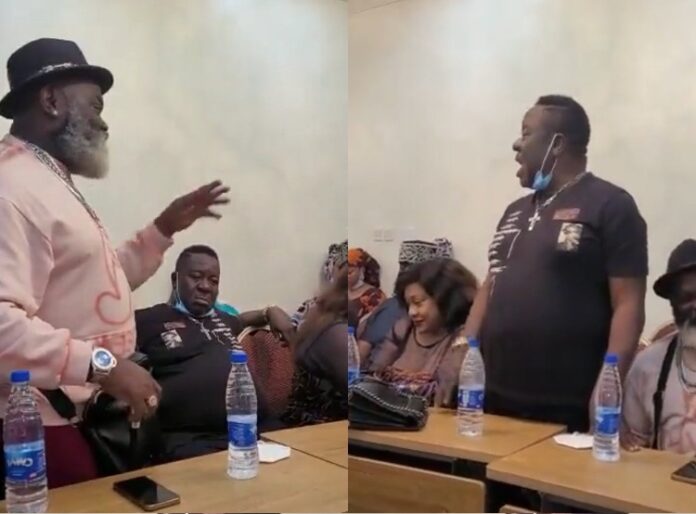 Mr. Ibu, Nollywood actor, has endorsed Bola Tinubu, chieftain of the All Progressives Congress (APC), for the 2023 presidency.

Tinubu, a former governor of Lagos state, has not officially declared his intention to vie for the 2023 presidency but his associates have started campaigning for him.

A video which surfaced on social media shows Ibu, whose real name is John Okafor, drumming up support for Tinubu.

Also present at the meeting is Harry Anyanwu, another actor, who said “one day Asiwaju will rule Nigeria”.

Both actors, during their presentations, argued that Tinubu had impacted the people.

See the video below.