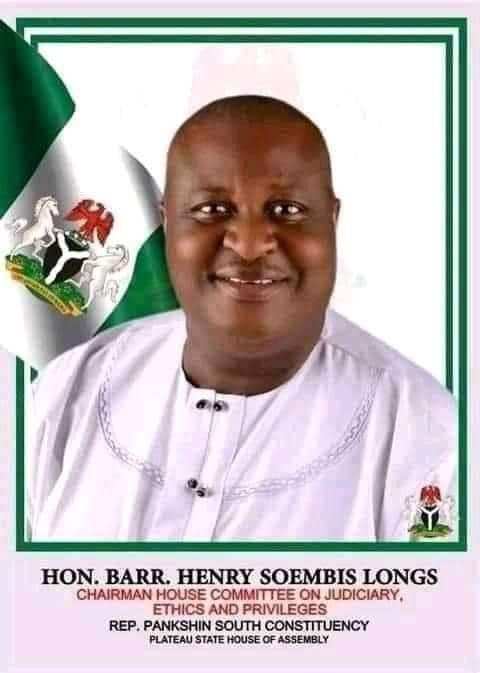 A member of the Plateau State House of Assembly, Hon. Barr. Henry Soembis Longs, has passed away.

Longs, who represented Pankshin South Constituency on the platform of the All Progressives Congress (APC) died in Jos on Sunday, November 28, shortly after undergoing a surgery.

The Chairman of the House Committee on Information, Philip Dasun, confirmed Longs’ death on Sunday.

“It’s true we lost one of our members this evening. The lawmaker representing Pankshin South State Constituency, Henry Long. He had a problem in one of his legs and had gone for surgical operation. Unfortunately, he could not make it. His death is really very sad and we will miss him.” he said.

Governor Lalong said he received the news of the death with shock and is deeply grieved by the demise of the State Legislator who he describes as a promising politician, legal practitioner and committed citizen of Plateau State.

Lalong said the late Hon. Henry Longs had been up and doing in representing the interests of his Constituency at the State House of Assembly and did his best to enhance the delivery of dividends of democracy to the electorates across the entire State.

FG bans SS1, and SS2 students from writing WASSCE and other...