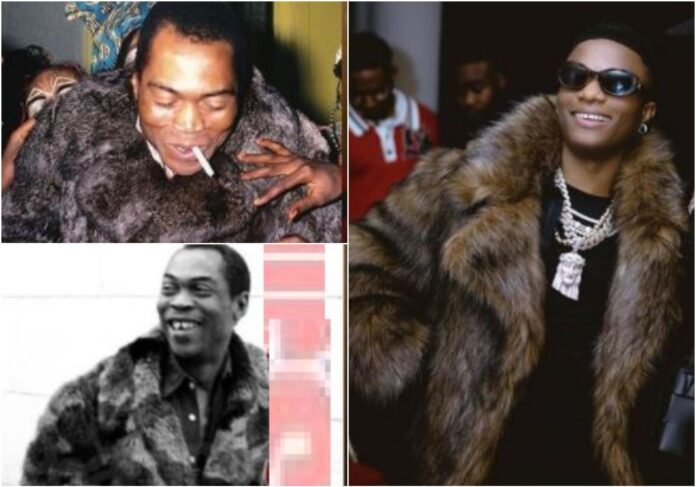 Popular Nigerian singer who is currently the rave of the moment, Ayo Balogun, known as wizkid, sparked reactions online with his new photo.

The photo that surfaced online captures Fela wearing a leopard hooded robe and a black shirt, but wizkid had a round neck polo and neckless.

The photos generated mixed reactions as some netizens claimed that Wizkid loves the late legendary singer Fela and has taken over his movement.

However, some said that Fela‘s son, Seun Kuti, will not like the photo because he may attack him, considering he’s not a fan of Wizkid or appreciates his achievement.

karbankz1 wrote: Wizkid take over the movement from the great Fela.

What do you think of the look?