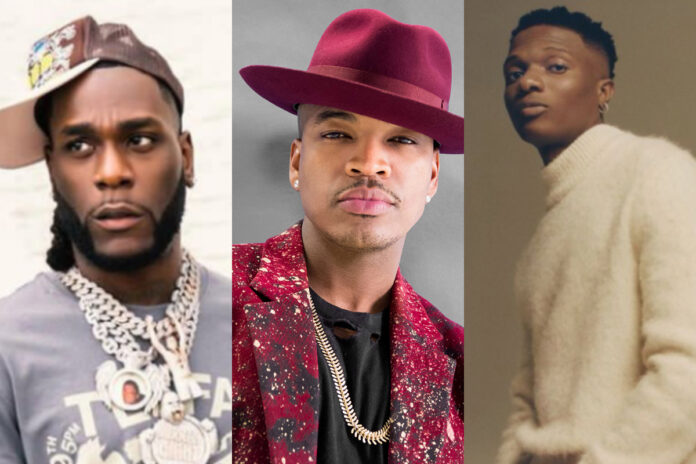 Prominent American musician, Shaffer Chimere Smith who is known as Ne-Yo has revealed his intentions to have a series of collaborations with Nigerian musicians.

According to him, he would love to have songs with Nigerian musicians like Wizkid, Burna Boy, Tems, and Ckay.

Ne Yo made this known in a recent press conference with Flytime music and in his submission, he said;

“I remember being pleasantly surprised the first time I came to Lagos, Nigeria. I genuinely had no idea that I had such an amazing fan base here.

For me to sit with producers and go and be like, ‘Let’s do some afrobeat today’, I’ll feel like an imposter.

I’m just waiting on a phone call basically. I don’t have anybody’s number for me to call. I’m waiting for them to call me.”