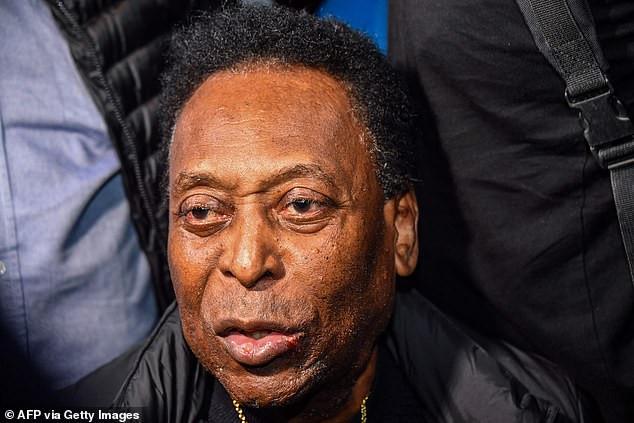 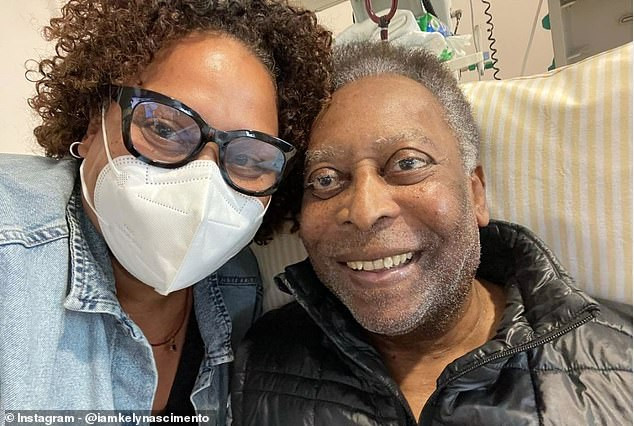 Pele underwent surgery earlier this year to remove the tumour in September and spent nearly a month hospitalized.

At the time the hospital said he would need chemotherapy .

On Wednesday, December 8, Sao Paulo’s Albert Einstein hospital confirmed that the football legend is ‘continuing’ his treatment, is in stable condition and should be discharged in the next few days.

Pele’s assistant, Pepito Fornos revealed that the 81-year-old is having chemotherapy sessions to treat the tumor that was found during routine exams at the end of August.

Pele was briefly put in intensive care after surgery on his right colon. He has spent the past few months recovering at his home in Guaruja, outside Sao Paulo.

Officially, he scored 757 goals during a glittering career – club Santos claim his tally was closer to 1,000 – leaving him behind only Cristiano Ronaldo and Josef Biscan on the all-time list.