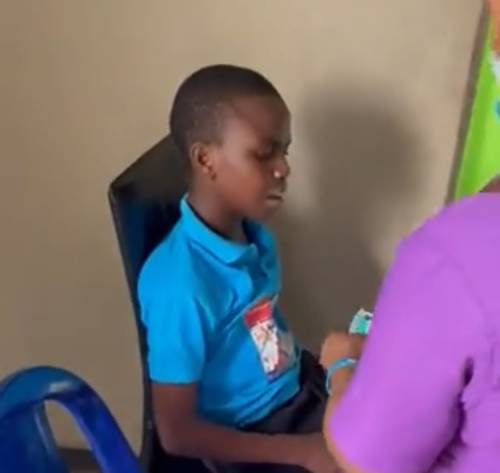 The family of Sylvester Oromoni Jr., a student of Dowen college who died days ago, has released a video to backup their allegation that he was tortured by other students for refusing to join a cult.

In an initial report announcing Sylvester’s death, a Twitter user, who claimed to be a cousin of the deceased, had taken to the platform to call out the school and demand justice for the death of his cousin.

He claimed that after the boy was beaten to a pulp by the cult boys who he identified before he died. 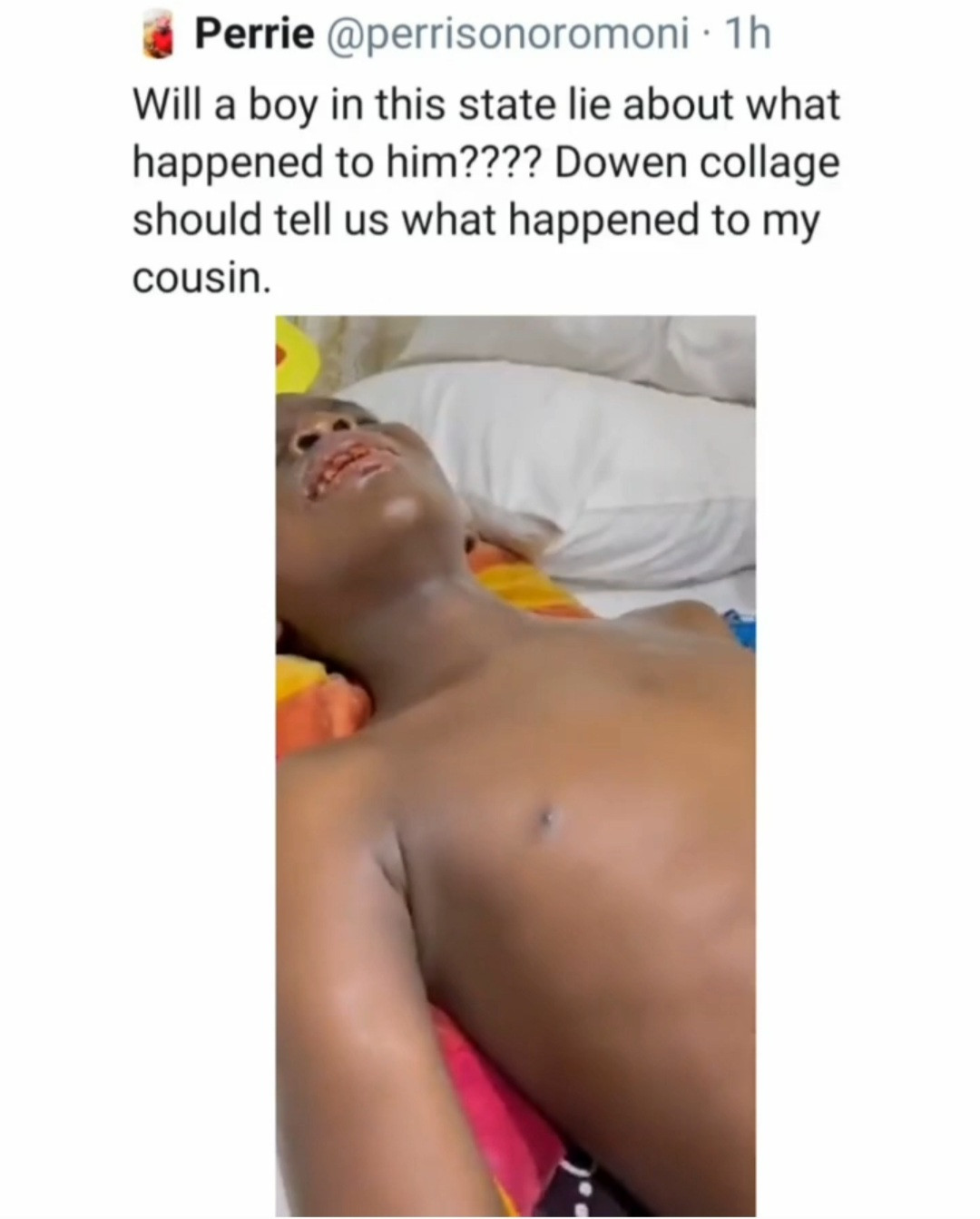 The school however came out to counter the initial report by stating that the little boy died due to injuries sustained on the football pitch.

The school denied any existence of a cult group and insisted that Sylvester Junior injured his hip while playing football and, after initially administering first aid, his family was called to pick him. 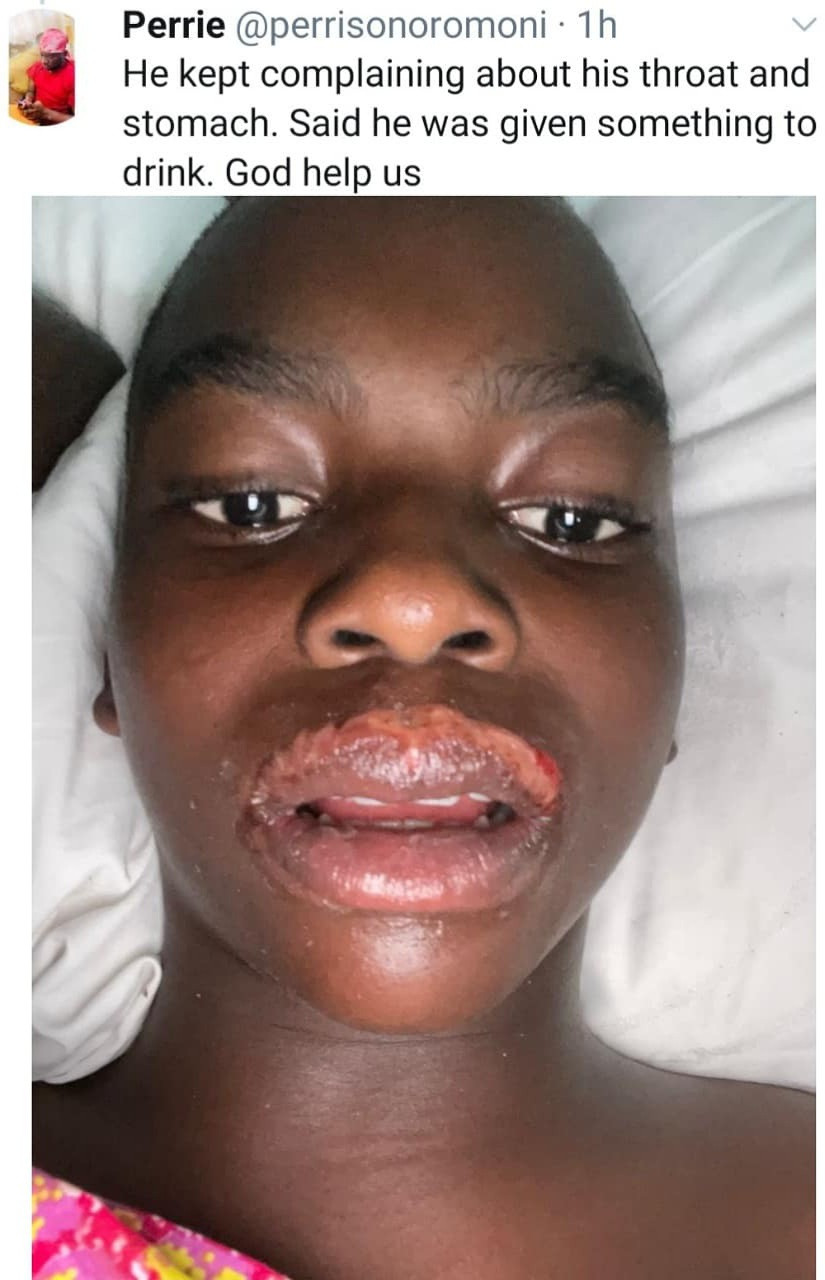 In a new development, the boy’s family has released videos and a photo to show that it wasn’t just a hip injury that killed their son.