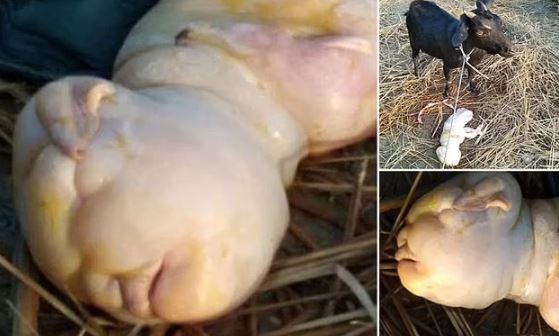 An Indian farmer was left astonished yesterday after one of his goats gave birth to a kid with the ‘face of a human’ which neighbours described as a ‘warning from God’.

The goat belonging to farmer Shakar Das, 46, gave birth to several offspring in Gangapur village in the northeastern Indian state of Assam.

However, the second kid bowled over locals when it emerged with a swollen, distorted face which resembled a human head.

Shakar said the goat was born alive despite its considerable deformities, which left it with only two crippled legs and shriveled, under-developed hind quarters, but later died.

In India, the birth of a deformed animal is considered a bad omen or bad luck, locals said.

Shakar said: ‘The neighbours rushed to our house. Everyone was left shocked by its appearance.’

Neighbour Rakesh Kumar added: ‘In many areas, it’s considered as a warning.

‘The people see the mutant births as the sign from God.’ 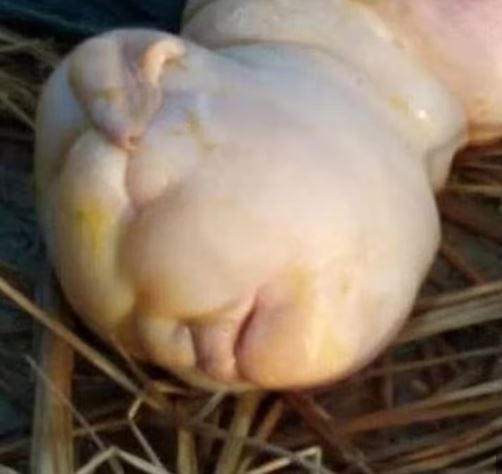