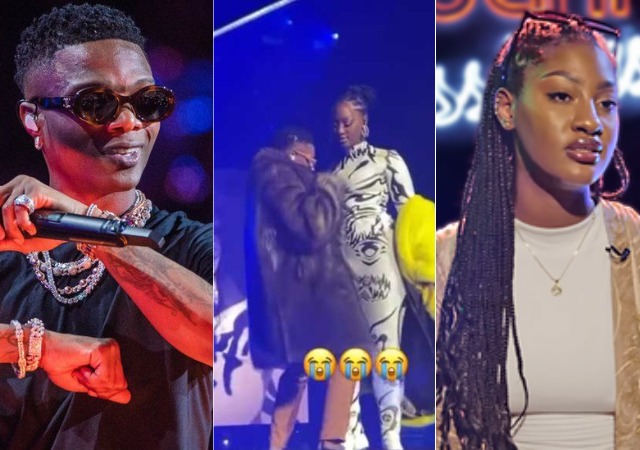 Internet has gone agog following a short clip of superstar singer, Wizkid trying to lift up Tems on stage in London.

The hilarious clip was captured during the ongoing ‘Made In Lagos’ Concert in the O2 Arena, London, while performing their monster hit titled ‘Essence’.

During their performance, they moved closer to each other and Wizkid did what nobody anticipated.

He grabbed Tems by her backside and tried lifting her up although and this made the crowd go wild.

She however, did not allow him to carry out his ‘weightlifting intention’ as she subtly brought down his hands and disengaged from him.

Oge Okoye Poses With Her Mom & Kids As They Celebrate...