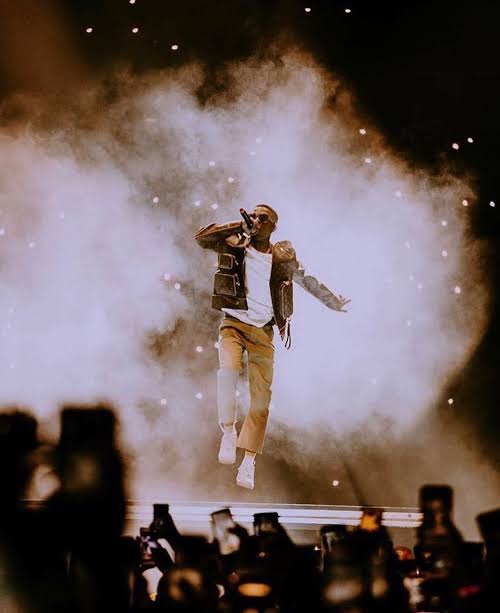 Sensational singer, Ayodeji Balogun popularly known as Wizkid is said to have raked in over n5.2billion in gross earnings from his ongoing ‘Made in Lagos’ concert held at London 02 arena, which started on November 28 to December 1, 2021.

MTN and Udux teamed up with Wizkid two days before the event to stream the concert live on the Nigerian streaming platform, allowing thousands of people who couldn’t attend to watch the show on their phones.

Nigerian artistes like Fireboy, Blaqbonez, Bella Shmurda, Buju,Oxlade and others performed at the epoch-making concert

Recall that ticket sales for the event were initially announced on July 27 and started sales online on August 6. In less than 12 minutes, the tickets for the 20,000 capacity were sold out making him the 7th highest artiste globally to sell out the arena in under 15 minutes.