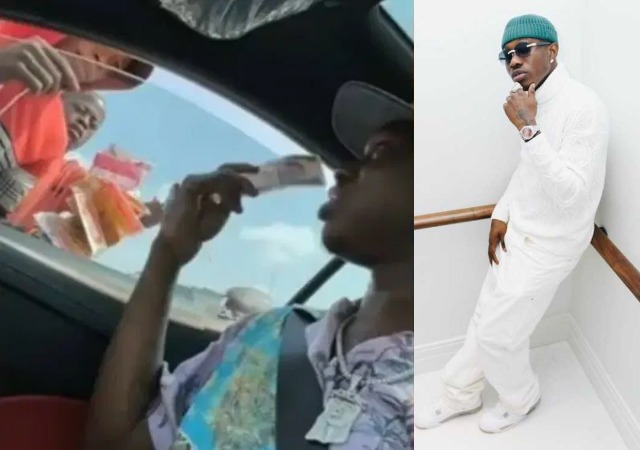 Popular rapper and singer, Zlatan Ibile has been captured on tape telling a street hawker to go and hustle instead of looking for free money.

The Lagos Anthem crooner took to the streets of Lagos and blessed some children with N500 each.

As he was giving out the money to the children, a teenage hawker tried to collect his share but Zlatan refused.

When the little man insisted on getting his own N500 by stretching out his hand, Zlatan, in a visibly irritated mood simply told him to go and hustle.

Gospel singer, Sinach shares loved up photo with her husband