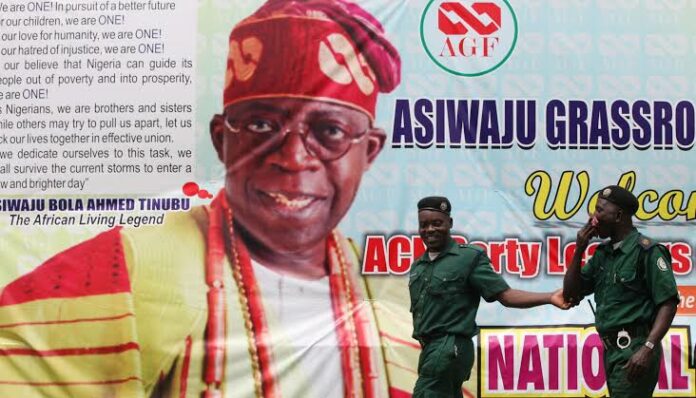 Abdulmumin Jibrin, a former house of representatives member, says Bola Tinubu, a former governor of Lagos, will contest for the office of the presidency in 2023.

Speaking with journalists yesterday in Kano, Jibrin who is the director-general of the Bola Tinubu support group council, said arrangements for the former governor to declare his presidential bid are underway.

The former lawmaker said Tinubu is competent to be president of the country.

“I can confirm to you that Tinubu will contest the 2023 elections. The aspect of the decision is done; it’s a done deal,” he said.

“Arrangements to publicly declare will soon be known. I’m talking to you officially that he (Tinubu) will contest the presidential seat.

“We need somebody who can carry along everybody and I believe that Tinubu is the best option for Nigeria. He is not a religious fanatic and has massive networks across all the boundaries in the country.

“Asiwaju has worked extensively for the APC and never shifted ground. He is competent to be the president of this country.

“I don’t see a dark horse coming in 2023. It will take s super miracle in APC and God willing, Mr Tinubu will emerge as president.

“Asiwaju has an edge ahead of others. He will not lose the ticket and will be the president of this great country under the APC.”

Catholic Priest Kills Himself After Being Suspended For ‘Defilng’ A Little...