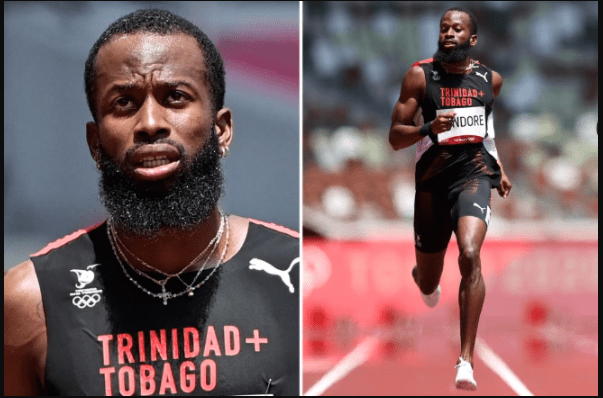 Deon Lendore Biography – Age, Career, Cause Of Death And Net Worth

Deon Lendore was a Trinidadian sprinter who specialized in the 400 metres. He won a bronze medal in the 4 × 400 metres relay event at the 2012 Summer Olympics.

Lendore was born in Mount Hope, and started competing for Abilene Wildcats. He attended Texas A&M University, where he competed in the school’s track and field team from 2012–2014. In 2014, He won The Bowerman, which is the highest individual honor in NCAA track and field

Deon died in College Station, Texas, died on Tuesday 10th January, 2022 after striking one vehicle before plowing head-on into another driving the in the opposite direction in Texas.

“According to the investigating Trooper, the Volkswagen crossed over the center stripe and side-swiped a vehicle that was traveling eastbound,” the statement continues.

“The Volkswagen continued traveling westbound and drifted across the center stripe again and collided [with] the Infiniti head-on.”

The Infiniti SUV was being driven by a 65-year-old woman from Conroe, Texas. She was rushed to the hospital with “incapacitating injuries.”

Lendore was pronounced deceased at the scene.

The driver of the vehicle that was initially sideswiped sustained no injuries, and the crash investigation remains “active and open,” according to the statement.

The U.S. Embassy Port of Spain released a statement on Tuesday, addressing Lendore’s death, and listing the star’s impressive career accomplishments, who was serving as a volunteer coach at Texas A&M.

“On behalf of the U.S. Embassy Port of Spain, I extend condolences to the family, friends, and fans of Trinbagonian Olympian Deon Lendore upon his untimely and tragic passing,” Chargé de Affaires Shante Moore wrote on Twitter.

“A three-time Olympian, an Olympic bronze medalist, and a World Championship bronze medalist, Deon was a former Texas A&M University sprinter who represented his country proudly with honor,” Moore continued. “May he rest in peace.”

Team TTO also confirmed Lendore’s death in a tribute posted to Facebook, part of which reads, “Deon has flown the Trinidad and Tobago flag with pride, honor, patriotism and an indomitable will throughout his career while helping and inspiring many.”

“This is very difficult to express, I can’t even express this loss,” Texas A&M coach Henry said in a statement to PEOPLE.

Added Henry: “Over the years our relationship had changed to not only one of my athletes to coach, but he was loved by my wife, children and grandchildren. He was part of my family. It hurts, it really hurts. My thoughts are with his family and the efforts to get through this very difficult period of time.”

“Deon Lendore leaves an enormous legacy not only at Texas A&M, but on the world stage,” Director of Athletics Ross Bjork said in a statement to PEOPLE.

“It is an unthinkable tragedy and tremendous loss for the track and field community and for Aggies everywhere,” he continued, adding, “He was a wonderful representative of Texas A&M Athletics both as a student-athlete and a volunteer coach, and we offer sincere condolences to Deon’s family, teammates and his friends.”

Deon Lendore had an estimated net worth of around $3 million

Are These The Belgian Terror Bombers?