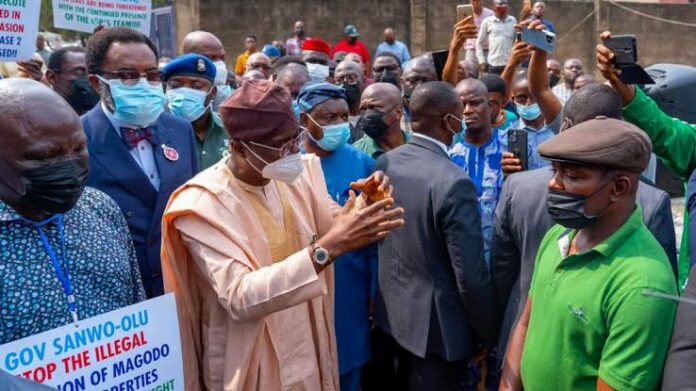 Twenty hours after the Lagos State Governor, Babajide Sanwo-Olu, directed the armed policemen deployed in Magodo Phase 2 estate to disengage their operation, the police detachment has ignored the governor’s instruction by remaining in the estate.

Confirming the development to mewsmen today, the Chairman, Magodo Residents Association, Bajo Osinubi, said, “The police are still in the estate. Magodo is a very peaceful estate, with no riot, banditry, kidnapping, they can as well remove the police and take them to violent flashpoints and not Magodo.

“The Governor has intervened in the case; he came in yesterday and has called for a meeting today, so what are the police still doing in Magodo. He is the Chief Security Officer in the state.”

I Prefer To Commit Suicide Than Die By Hanging – Nigerian...