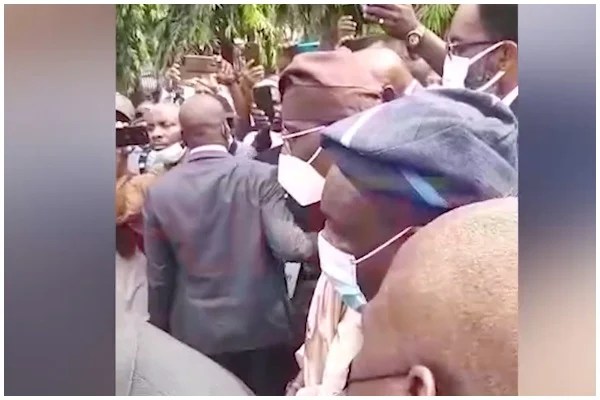 Abimbola Oyewole, identified as a chief superintendent of police (CSP), yesterday, defied Babajide Sanwo-Olu, governor of Lagos, during the latter’s visit to Magodo estate to intervene over a planned demolition.

Yesterday, residents had converged in front of the estate, and asked the state to intervene amid a renewed threat of demolition and police invasion.

Sanwo-Olu had later arrived at the estate with some government officials, including Moyosore Onigbanjo, the attorney-general of Lagos.

On arrival, the governor asked the CSP to explain his reasons for being at the estate without the knowledge of the state.

TRENDING VIDEO: 'I am acting on order from IGP' — CSP defies Sanwo-Olu in Magodo pic.twitter.com/Bt40h1nWzC

Protect Yourselves From Fulani Herdsmen – Gani Adams To Yorubas