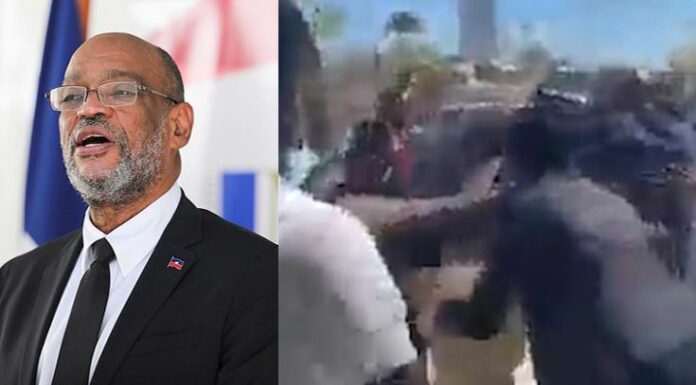 The Haitian prime minister was forced to scramble to safety to avoid a string of gunfire during an assassination attempt on Saturday, video footage shows.

Ariel Henry was leaving a church after taking part in an event commemorating the Caribbean country’s independence when a gang of ‘bandits and terrorists’ tried to gun him down.

The failed shooting comes just five months after Haiti’s President Jovenel Moise was assassinated in a predawn attack at his home.

Haitian media pointed to possible gang involvement in the latest shooting, which they said killed one person and injured two more.

Video footage broadcast on social media showed Henry and his entourage scrambling toward their vehicles.

Gangs’ hold on parts of Haiti has strengthened since the assassination of Moise in July. 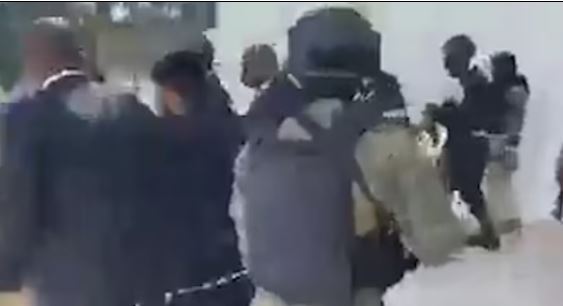 Police, who called Saturday’s attack the work of ‘armed groups,’ were unable to immediately confirm casualties.

Prior to the incident, a local gang boss had made threats against Henry in local media.

The prime minister’s office said arrest warrants had been issued for the suspects who fired on Henry’s convoy.

The attack has renewed concerns about the safety of officials in Haiti since Moise’s assassination.

Henry, whose administration is facing mounting challenges to its legitimacy, was sworn in as prime minister barely two weeks after Moise’s killing at the hands of suspected mercenaries. His wife was also hospitalised after the attack.