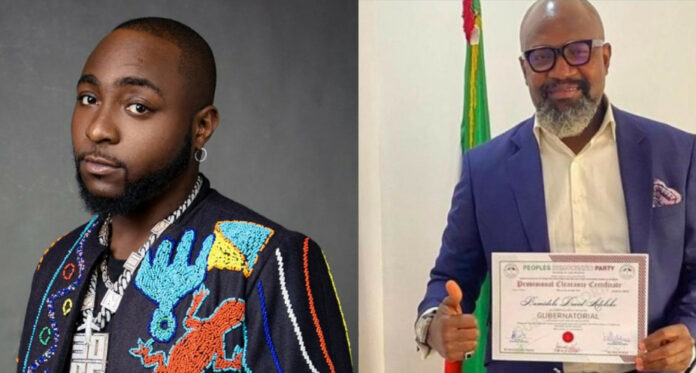 Davido’s cousin, Dele Adeleke has replied the superstar singer after he (Davido) called him out for opting to run against their uncle, Ademola Adeleke in Osun governorship election.

Davido had also accused Dele’s “people” of including the death of his mother, Veronica, in an article they released after he (Davido) called him out.

Reacting to the claim, Dele said he will never allow anyone denigrate Davido’s mother’s memories as he also lost his mother at a tender age. Alleging that people have taken it upon themselves to write whatever they want, he also claimed that some of the singer’s fans have been sending him death threats.

Insisting that he is not that kind of person, Dele also said that he has maintained decorum in the face of provocation.

Stating that he respects the singer’s decision to support their uncle, he added that Osun residents deserve the best and will give the governorship position to the best man 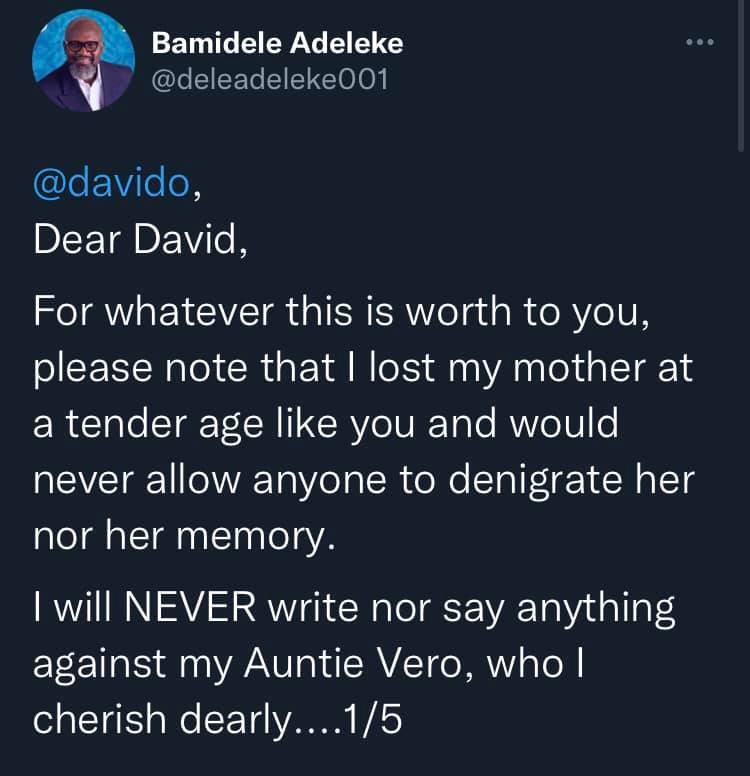 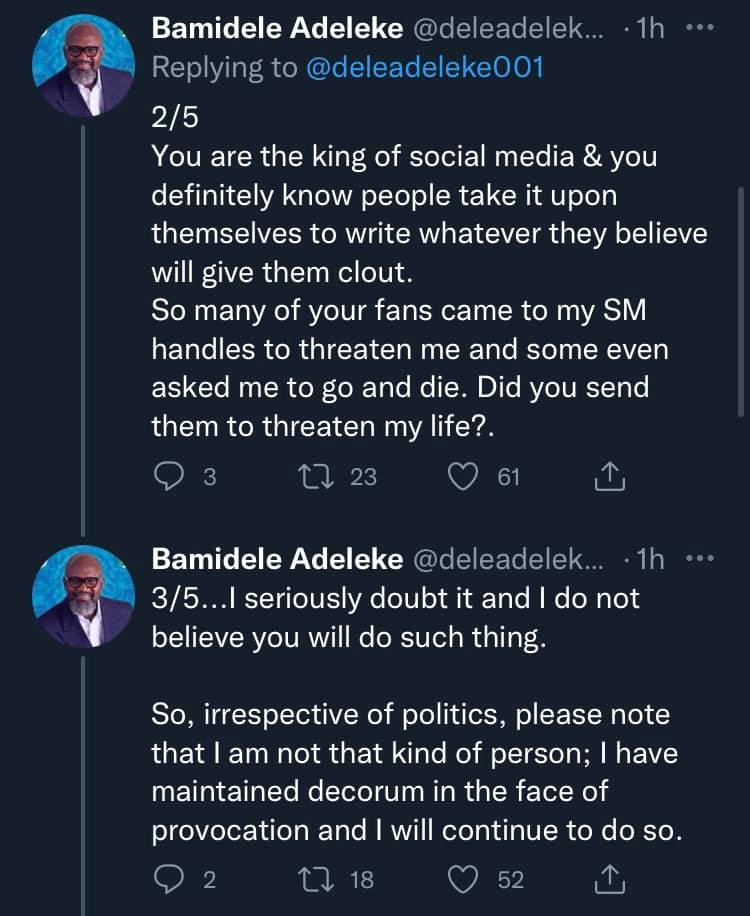 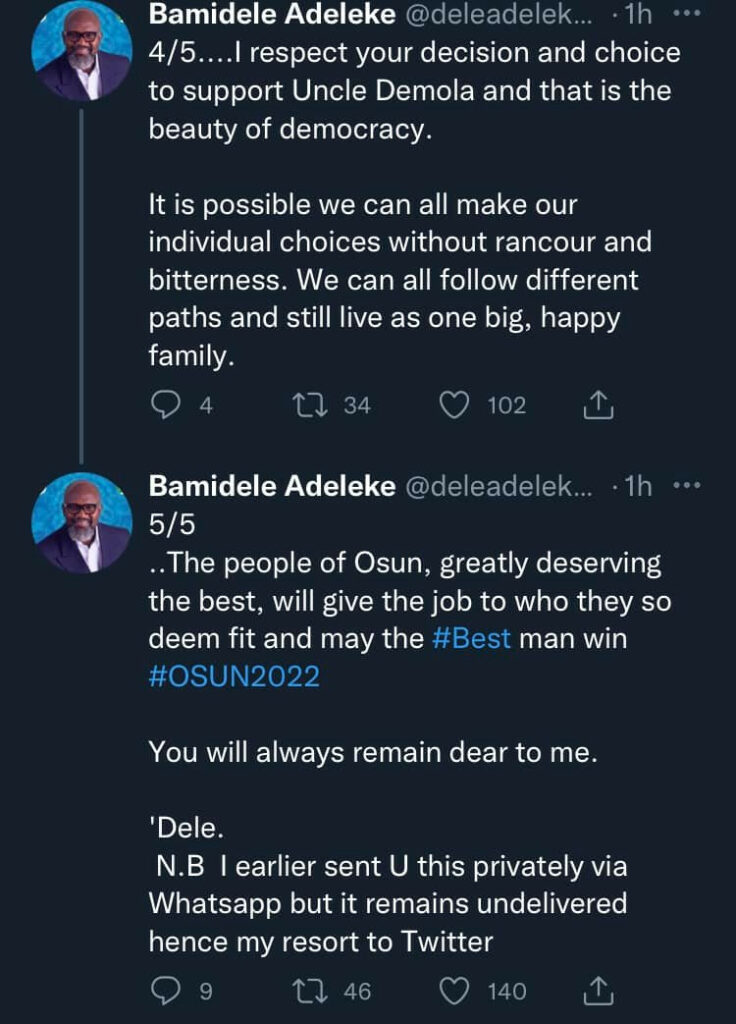