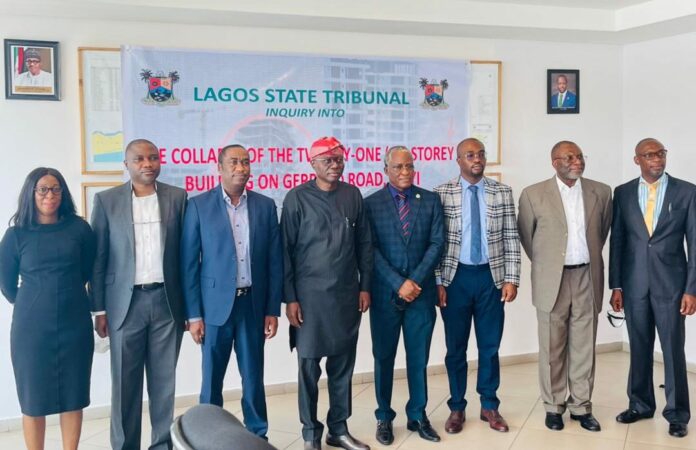 The Governor of Lagos State, Mr Babajide Sanwo-Olu, today, received the report of the panel investigating the collapse of a 21-storey building in the Ikoyi area of the state.

It was reported that the building which was located on Gerrard Road in Ikoyi collapsed on November 1, 2021.

About 44 persons were said to have died as a result of the incident while nine survivors were rescued from the rubble of the collapsed building.

Days after the incident, while rescue operations were still ongoing, Governor Sanwo-Olu declared that he had set up a panel to investigate the collapse.