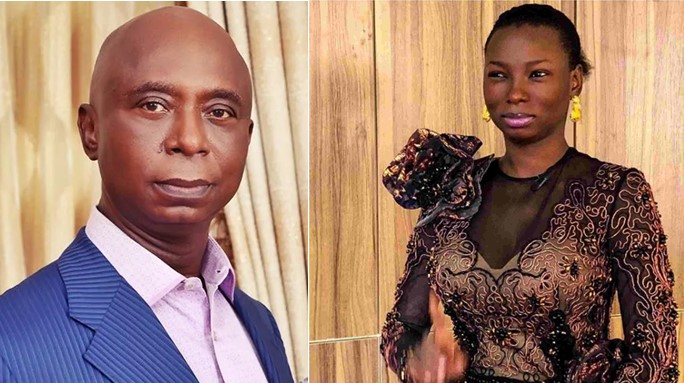 Jaruma remanded in prison over clash with Ned Nwoko

An Abuja upper area court has remanded Jaruma, the self-acclaimed sex therapist, in prison following a petition by Ned Nwoko, the politician and businessman.

Nwoko had accused Jaruma of publishing falsehoods on her Instagram page against him and Regina Daniels, his celebrity wife.

In the petition, Nwoko said Jaruma, whose real name is Hauwa Muhammed, had claimed that she paid N10 million to Regina to advertise ‘Kayanmata’, her aphrodisiac product, but the actress backed out.

But yesterday, the police arraigned Jaruma for defamation of character, false news publication, and intimidation.

In his submission, E. A Inegbenoise, the police prosecutor, told the court that Nwoko reported the case through a written petition from his lawyer to the FCT police command on January 20.

“However in view of the fact that the defendant was only arrested on January 21 and granted bail without having the opportunity to question her, we prayed the court to remand the defendant in police custody for 7 days,” he told the court.

“This is to enable detectives to interrogate her, and execute search warrant in her apartments at her residents.”

James Odibe, Jaruma’s counsel, however, pleaded with the court to grant the defendant bail on self-recognition or in the alternative, in the most liberal terms.

Delivering his ruling, Ismailia Abdullahi, the judge, adjourned until Friday for the bail hearing.

The judge also fixed the trial for February 23 while directing that the defendant should be remanded in custody in the Suleja correction centre.