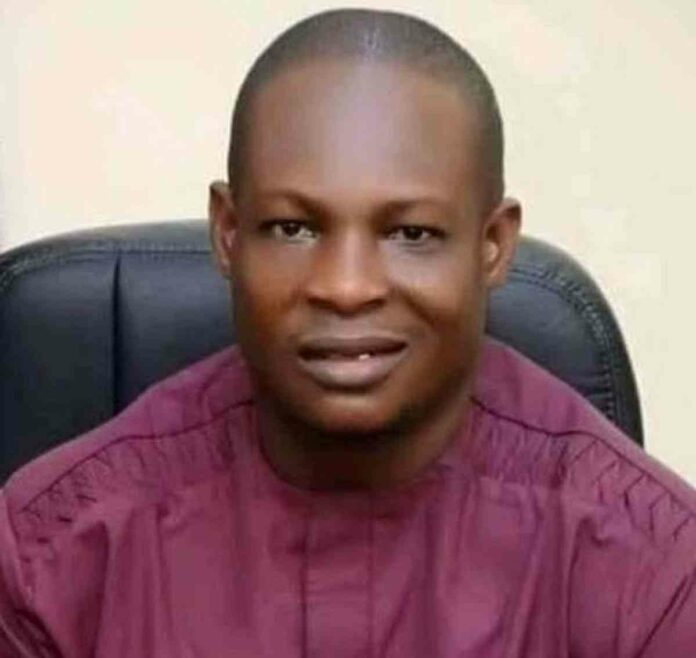 Alhaji Abdulazeez Adekunle Lawal popularly known as Kunle Poly was born on March 23, 1974, is well renowned among the chieftains of the NURTW (National Union of Road Transport Workers) in Lagos State.

Kunle Poly got his nickname from friends while studying for National Diploma in Kwara State Polytechnic, Ilorin, Kwara State (1995 to 1996). He studied Business Studies.

Kunle Poly is a popular chieftain in the Lagos State chapter of the NURTW. Kunle Poly has been in the NURTW for 16 years now.

Kunle Poly started his NURTW membership under the leadership of Alhaji Shina Ajayi. He was the Assistant Organising Secretary of Ehin Eyo Unit then. From there, he moved into a full-time transport business. He was driving a bus and he bought buses for fellow drivers to empower them and they delivered returns to him. He also bought for others to pay back in instalments. Later, he came to Idumota where he is now. Kunle Poly has now risen to be a prominent chieftain in the Lagos State chapter of the NURTW. 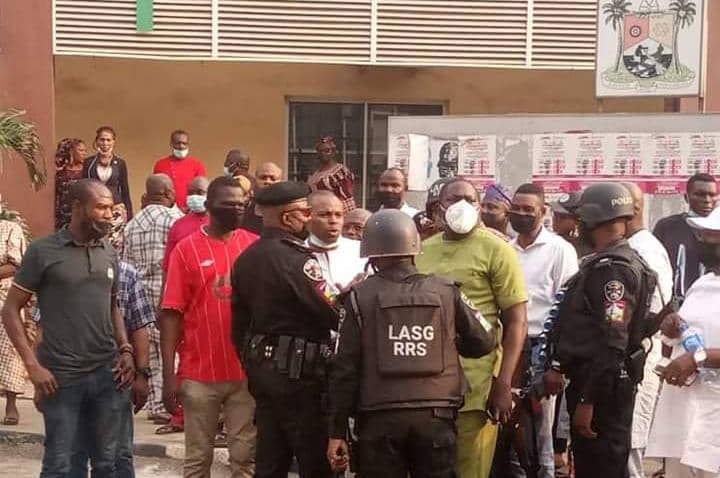 Abdulazeez Adekunle Lawal (aka Kunle Poly) and Mustapha Adekunle (aka Sego) were arrested over recent violent clashes on Lagos Island.

The duo were arrested at a meeting being held by them with other members of National Union Road Transport Workers (NURTW).

A clash had occurred on Thursday, January 20, according to reports, leading to the death of victims, while commercial activities were temporarily paralysed in the area until a joint team of police officers were deployed to the area in order to restore peace.

The two suspects had, reportedly, been transferred to Zone II, Onikan, Lagos.

Below are pictures of the moment when the police arrested the two men. 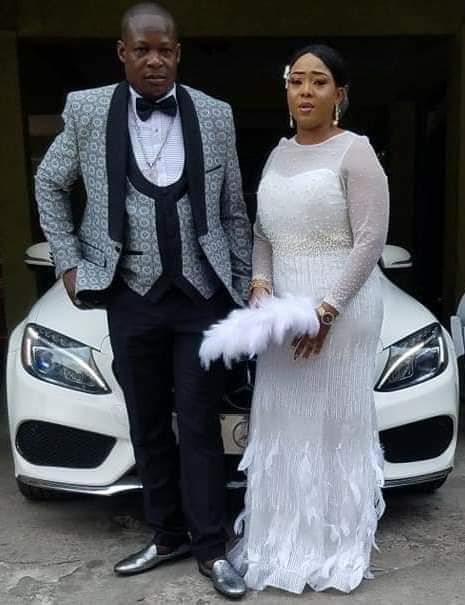 He is married to Olayinka Lawal Lamerica, a Nigerian actress. The couple got married a few years ago. The wedding ceremony had colleagues, family, friends, and guests all in attendance.

Olayinka Lawal Lamerica and the husband are enjoying their marriage, with the union blessed with four children and two of his children living abroad.

Kunle Poly estimated net worth is about $1.2 million US Dollars.

‘I Am So Gorgeous, Cute face, Intimacy y Voice, Big...