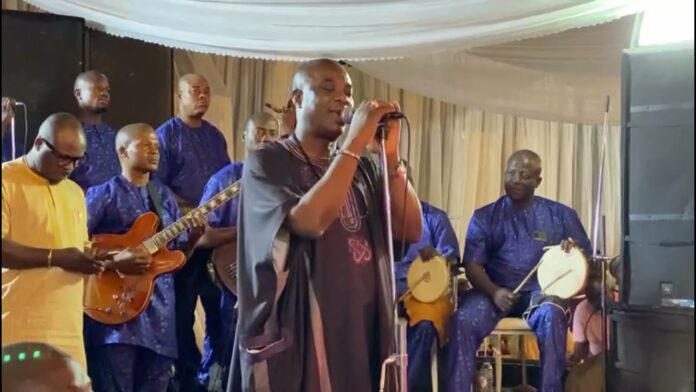 The monarch, who was the 41st king of the ancient city, breathed his last at the University College Hospital, Ibadan, in the early hours of yesterday.

He was subsequently buried at his palace according to Islamic rights.

In a performance dedicated to the late monarch, Kwam 1 eulogised the deceased.

Kwam 1 started music with the late Olubadan of Ibadanland. Under the monarch’s then flourishing Omo Aje Records, K1 rose to stardom.