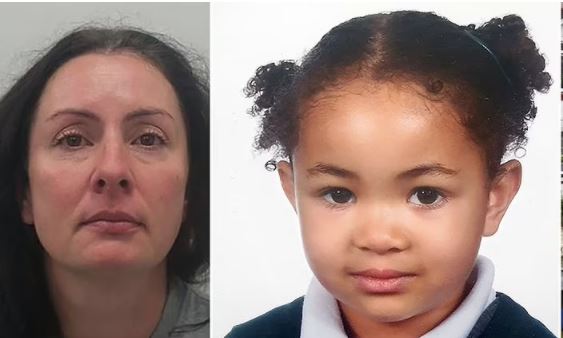 A five-year-old girl begged her mother not to kill her as she strangled her to death at home.

Martina Madarova had put on cartoons for her daughter Alijah Thomas before carrying out the act as the child said: ‘Mummy, don’t kill me.’

Madarova proceeded to strangle Aljah, before ‘tucking her in with a blanket’ at their home in Ealing, west London.

The 41-year-old had been suffering with her mental health and turned to alcohol during the Covid lockdown, and had been in a ‘dark place’ the night before her daughter’s tragic death. 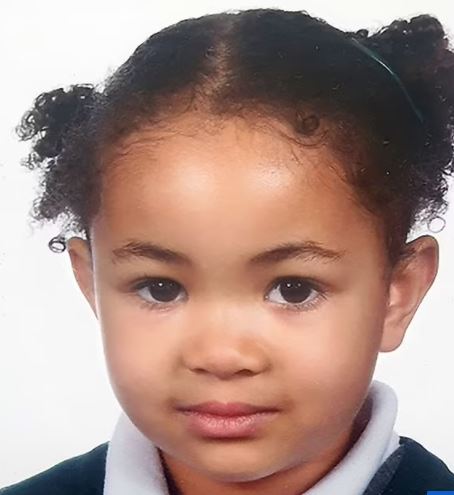 She was given a five-year jail sentence after a judge ruled that she had ‘low responsibility’ over Alijah’s death.

On the morning of September 14, Alijah’s father had left early for work and was notified a few hours later from a phone call from Madarova that their daughter was dead.

Due to his distance from the family home, he called his brother and a family friend who rushed to the scene.

There, they found Alijah ‘tucked into a blanket as if to go to sleep’ but she had no pulse and was ‘cold to the touch’.

Emergency services were called at 12.56pm but Alijah was pronounced dead at the scene.

Mr Atkinson told the court that Madarova, a Slovakian national, had drunk two bottles of wine and told the family friends present: ‘She’s not there anymore, I’ve done it, I’ve failed my daughter.’

Whilst in the ambulance she also said: ‘My daughter, what have I done? My daughter, her life, I took her life. She was the most beautiful thing.’

Alijah’s last moments were then revealed after Madarova told paramedics that her daughter had said, ‘Mummy, don’t kill me’.

She had responded: ‘I don’t want to kill you, I just want to help you, no baby you’re safe’, to which Alijah had replied: ‘No mummy, you’re killing me.’

Her plan had been to kill her daughter and then commit suicide herself.

Whilst in police custody, she was described as ‘distressed’ and when questioned if she heard voices in her head, she replied: ‘What I have done is not normal, I’m going to be all over the news, the voices in my head told me to do it now – I deserve the death sentence.

‘It’s rare when a mother suffocates her own child, I’m a murderer at the end of the day.’

When asked by a psychiatrist for her version of events, she said: ‘I know I took Ali from the bedroom to the living room. I put cartoons on for her. She was finding me crying. I was with her for a while.

‘It was very embarrassing, my daughter trying to help me. That’s when I felt like a failure. Emotional, physical and spiritual mess. Nothing was right.’

She was charged with her daughter’s murder and in a hearing on December 7, she pleaded guilty to manslaughter by reason of diminished responsibility.

A moving impact statement from Aliyah’s father, David Thomas, was read aloud to the court, in which he described the ‘devastating ‘ impact her death had had on his family.

He said: ‘I don’t think I’ll ever get over losing her in this way, she was a bright child. We would take the Tube together and I’ll miss those little adventures together, she would ask questions and we would talk about the world.

‘I was so proud of her – she would have been an athlete, she had speed. I will miss everything about her, watching her sleep, her giving me a hug before bed, patting her hair, brushing her hair.’

Speaking of Madarova, he said his family held ‘no malice’ towards her, and said that she was the ‘best mum’ who would never have intentionally hurt their daughter unless for her mental health.