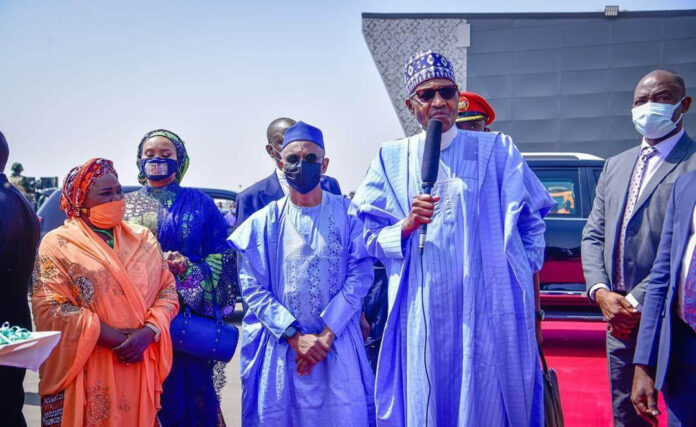 The President who inaugurated Kawo bridge, spoke on how he narrowly escaped being killed by a bomb near the Kawo bridge, while travelling to Kaduna State in July 2014.

“They wanted to blow me (up). But my escort somehow stopped them. Before we came to this bridge, they became so desperate and there was a small market or something like that here.

“They exploded the device (bomb). God protected us and here I am again. Thank you very much, Your Excellency, and remarkably, you became my governor. I don’t think I have any input (in your becoming the governor).

“Zainab Ahmed also became my minister of finance. I didn’t know she is a daughter of a gentleman I respect and go to his house. This is a fabulous coincidence and I thank God for it. Therefore, I have taken your loyalty for granted.”