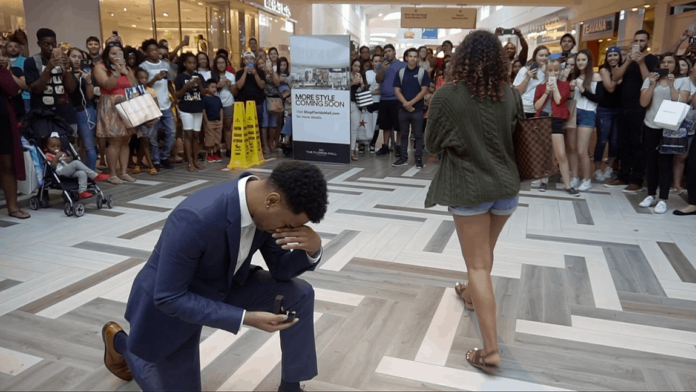 Marriage tends to be the end goal of most romantic relationships. Getting engaged and having a happy ending is the dream of every young lover.

Most ladies have fantasised how they will be proposed to by their lovers while some guys too have probably rehearsed how to pop the question.

However, not all “will you marry me?” always end happily with the expected “I do” reply. Some do end with a disheartening “no” reply.

Have you been rejected before and wondered why things did not go as planned? One of these might be the reason your marriage proposal was rejected:

Lovers should always engage in very sensitive conversations — about the future and marriage — during the courting stage to allow a better understanding of each other’s expectations. This would also give you an insight into the kind of response you might get when making a marriage proposal.

Have you ever asked her if she would love to marry you? Have you both had a conversation about marriage? No? Then she is probably surprised you came with the “will you marry me?” question and need to think about it before concluding if she wants to marry you or not.

She is in love with you and happy to be with you but might just be scared to commit herself to the lifetime contract. Sometimes, this might not be her fault, it might be a result of her past or experience.

This is one of the common reasons for rejected proposals. Some people don’t even know what they want out of a relationship so, they don’t feel it’s right to accept the marriage proposal.

Uncertainty is one of the most hurtful reasons for a rejected proposal because you thought you both have “something” together when, in reality, the other person does not see you as her life partner.

Your girlfriend might have said no because you’re not financially stable yet or even noticed you are not capable financially to be a married man. Some people feel it is terrifying to commit when they don’t have a stable job or a source of income and would rather focus on their career before commiting themselves to marriage.

Some people don’t believe in marriage due to certain reasons best known to them. Your girlfriend could belong to this group, so you need to find out. This group of people thinks marriage is irrelevant and unnecessary, or they may have a traumatic past that prevents them from believing in the sanctity of marriage.

Not spending enough time together to get to know each other well before popping the question can also be another reason for rejected proposal.

She might want you to take things easy and one step at a time. So, in order to get a “yes” from her, you might need to be patient.

This might be a silly or funny reason but don’t be surprised it can also be the reason your marriage proposal was rejected.

Most ladies already have expectations, so they may feel bad and disrespected if it isn’t as romantic as they have imagined. In this case, she could opt for “no” if she can’t face the reality. It is therefore advisable to plan your proposal according to her personality.

While it hurts to watch the most anticipated event become a nightmare, rejected proposals happen. You only have to face the reality and move on if you’re a victim of rejection.

There are some useful tips to get over this hard situation too. They include:

Being rejected is the last thing anyone wants to experience but then it isn’t the end. The rejection might even be a good start to know and understand your partner more, to get a deeper understanding of each other’s values and priorities.