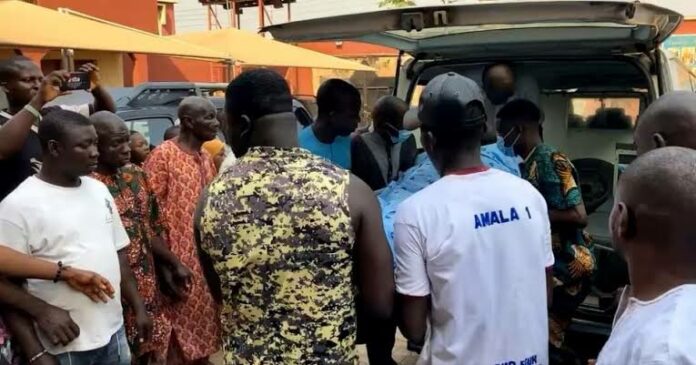 The remains of the late Olubadan of Ibadan, Oba Saliu Adetunji, were taken to Popoyemoja Palace, Ibadan, Oyo State, today.

His corpse was welcomed by a large crowd among whom were sympathisers who broke down in tears as the late monarch’s remains were offloaded from an ambulance.

The departed monarch’s body was wrapped in light blue cloth when he was taken inside his palace by some aides.