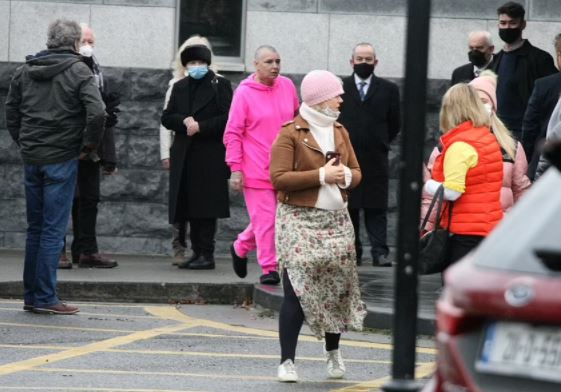 Sinead O’Connor paid tribute to her ‘beautiful’ 17-year-old son today as she wore pink to his Hindu funeral after he took his own life.

Shane was laid to rest following a ceremony attended by 50 mourners, including his father Donal Lunny, at Newlands Cross Cemetery and Crematorium in West Dublin.

Sinead, who wore bright colours in line with her son’s wishes, took to Twitter shortly afterwards to say he would ‘have loved it’.

The Irish singer, 55, wrote: ‘We just said goodbye to our beautiful angel, Shaney. Very lovely Hindu ceremony. Shane will have loved it.’

Referring to a mantra meaning ‘om, peace’ that appears in Buddhist prayers and writings, she continued: ‘He was always chanting “Om. Shanti”.

‘I put a few packs of fags in the coffin for him in case there’s none in heaven. He’ll have loved that too. Om. Shanti.’

The heartbroken mother also posted a link to a mantra that she had been playing for her son ‘all week’. 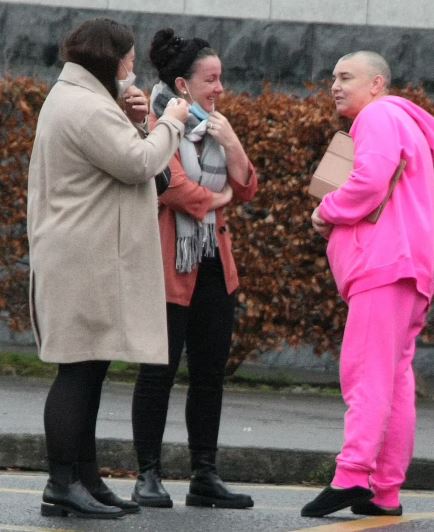 Sinead confirmed last Saturday that Shane, who she described as ‘the light of her life’, had taken his own life after escaping hospital while on suicide watch.

The ceremony came ahead of a memorial service for the teenager which will take place in Bray, Co Wicklow, tomorrow evening.

Sinead, who changed her name to Shuhada’ Davitt in 2018, wrote last week: ‘My beautiful son, Nevi’im Nesta Ali Shane O’Connor, the very light of my life, decided to end his earthly struggle today and is now with God.

‘May he rest in peace and may no one follow his example. My baby. I love you so much. Please be at peace:’

Shane was one of Sinead’s four children, along with Jake Reynolds, Roisin Waters and Yeshua Francis Neil Bonadio.