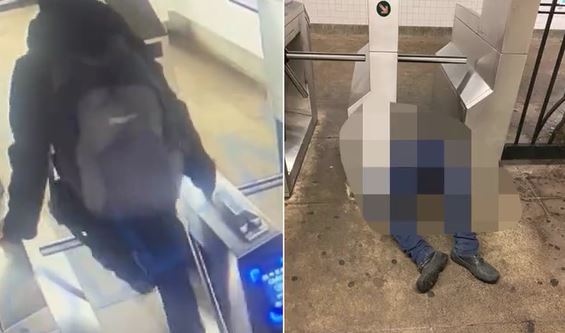 A suspected fare evader died Saturday morning after jumping over a New York City subway turnstile in Queens, tripping and cracking his head on the concrete floor, cops said.

Christopher De La Cruz, 28, was attempting to hitch a subway ride without paying the $2.75 fare when he jumped over the turnstiles at the Forest Hills-71st Avenue train station.

According to the Daily News, De La Cruz was the father of a four-year-old boy. 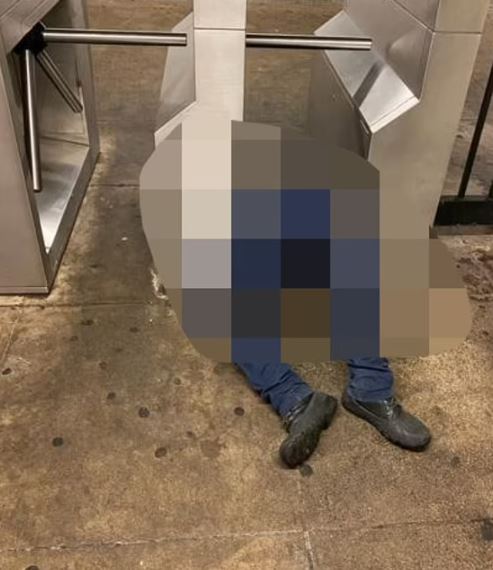 Surveillance video of the incident was released and at first, De La Cruz falls into the turnstiles, sending his phone skidding across the floor.

The footage, from 6.30am, also showed him stumbling around and struggling to lift his body over the entrance as if he’s drunk, although he was reportedly on his way to work.

Cops and EMS personnel responded to a call of a man lying unconscious on the mezzanine floor of the station, which serves the E, F, M and R lines.

De La Cruz was pronounced dead at the scene and it is believed that he died when his head struck the floor.

Police believe he broke his neck, the Daily News reported, but a city medical examiner has yet to reveal the man’s cause of death.

His grieving father, Jose De La Cruz, told the news site: ‘What can I say? He did a mistake.’

Presidency speaks on why Jonathan is angry with PDP