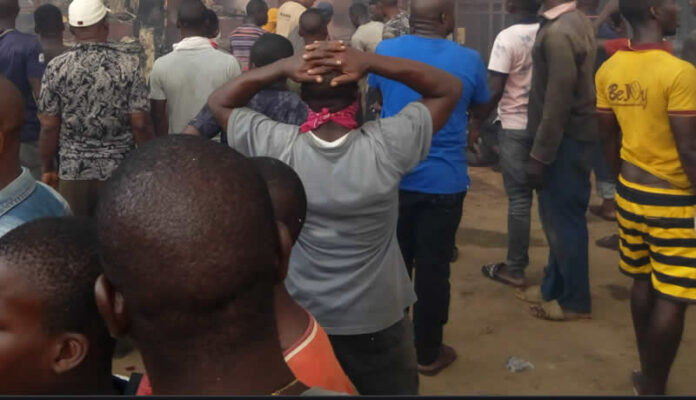 The police in Yobe state is currently on the trail of a 20-year-old man, Mai Goni, who allegedly hacked his father, Goni Kawu, 65, to death with a pestle in Masaba, Bursari Local Government Area.

Confirming the incident to newsmen, the spokesperson of the command, ASP Dungus Abdulkarim, said the incident happened on Wednesday, February 9, at about 7:30pm.

Abdulkarim stated that Kawu (65) sustained a head injury as a result of the attack and was confirmed dead at the hospital.

He said the suspect fled the scene after the incident has been in hiding since.. He added that the police is working towards apprehending the suspect.