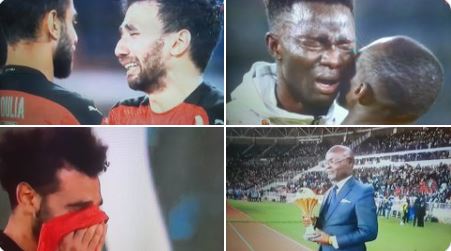 The Teranga Lions defeated Egypt 4-2 on penalties in the 2021 Africa Cup of Nations (AFCON) final on Sunday night, to lift the trophy.

The 2021 AFCON final was played at the Paul Biya Stadium, Olembé, in Cameroon.

The match had ended in a 0-0 draw after both Senegal and Egypt failed to score after 120 minutes.

However, Senegal defeated Egypt on penalties to win their first ever AFCON.

Senegal had previously lost two AFCON finals in the past, most recently the 2019 edition, where they lost to Algeria in the final.

PSG admit temptation to get Messi from Barcelona