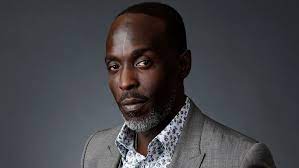 Williams, who starred as Omar Little in the widely acclaimed television series, died of an accidental drug overdose in September.

The 54-year-old, who played the iconic Baltimore stick-up man in the groundbreaking show, was found dead in his apartment in New York.

The men have been charged with conspiracy to distribute the fentanyl-laced heroin that killed Williams, the United States Attorney for the Southern District of New York said in a statement.

Cartagena allegedly sold the deadly dose, said attorney Damian Williams. He has been faced with a mandatory minimum sentence of 20 years in prison and a maximum sentence of life if convicted.

Williams had been hailed for his role in “The Wire,” in which he played a gay armed robber who specialized in holding up drug dealers.

He was also well-known for the role of Albert ‘Chalky’ White on the HBO series “Boardwalk Empire.”

The actor had spoken openly of his past struggles with drug addiction and had told US media that he had spent much of his earnings from “The Wire” on narcotics.