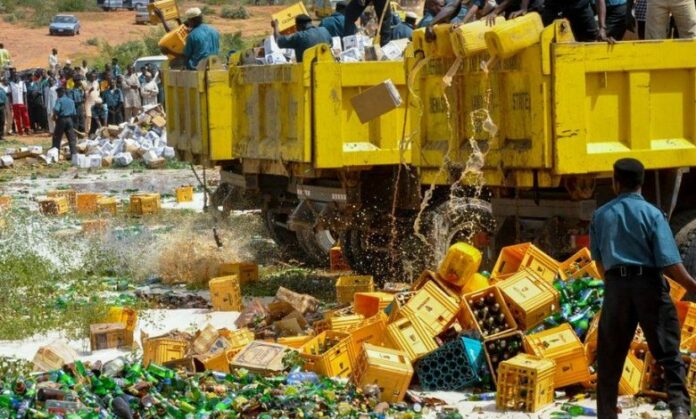 The Kano Hisbah board says it has destroyed over three million bottles of “assorted” beer seized in the state.

Speaking yesterday while destroying the drinks, Harun Ibn-Sina, commandant of the board, said the exercise was approved by the state government.

According to NAN, the bottles of alcohol, said to be a total of 3.8 million, were seized months ago.

The exercise took place at Tudun Kalebawa in Dawakin Tofa LGA of the state.

Speaking on why the beer was discarded, Ibn-Sina said the exercise is part of efforts to address drug abuse, intoxication and other societal vices in the state.

“This paved way for the board to secure a court order from chief magistrate court, Kano, to damage all the seized beer in its custody,” he said.

“The sale, consumption and possession of alcoholic substances are prohibited in the state.”

I have nothing to gain from faking my attack – Governor...