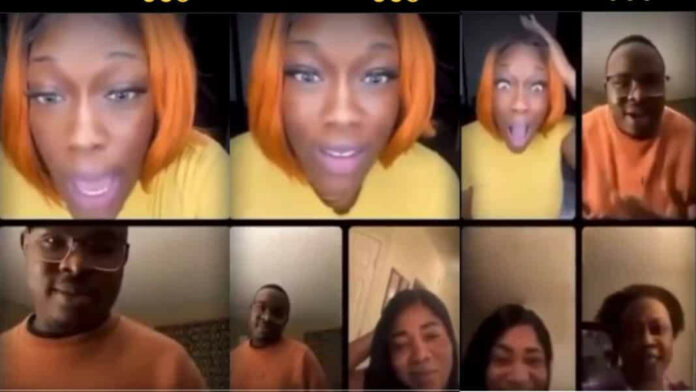 A chaotic scene ensued after a married man tried asking a lady out while posing as a single man on Instagram live.

The woman who joined the conversation claimed to be a family friend who knew the man and insisted that he was a married man. She warned the lady to be careful as the man is reportedly married and has a son.

The man denied the allegations, insisted he’s single and further dared the woman to bring his wife on to prove that he’s indeed married to her.

In few seconds, the wife of the man joined the conversation and started hurling insults at the man. She showed the face of the son they have together and also warned the lady.

This left the lady the man was trying to ask out stunned.