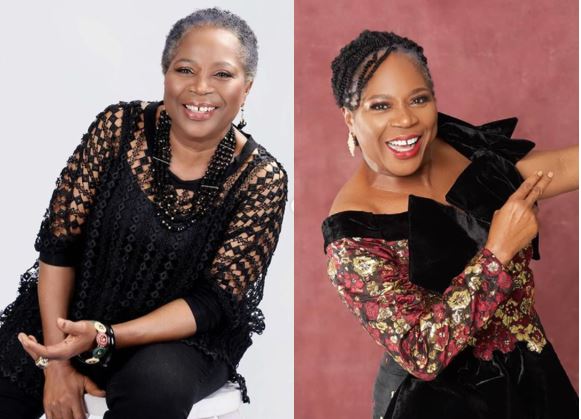 Onyeka Onwenu is a Nigerian singer/songwriter, actress, human right activist, social activist, journalist, politician, and former X Factor series judge. Dubbed the “Elegant Stallion” by the Nigerian press, she is a former chairperson of the Imo State Council for Arts and Culture. In 2013 she was appointed the Executive Director/Chief Executive Officer of the National Centre for Women Development 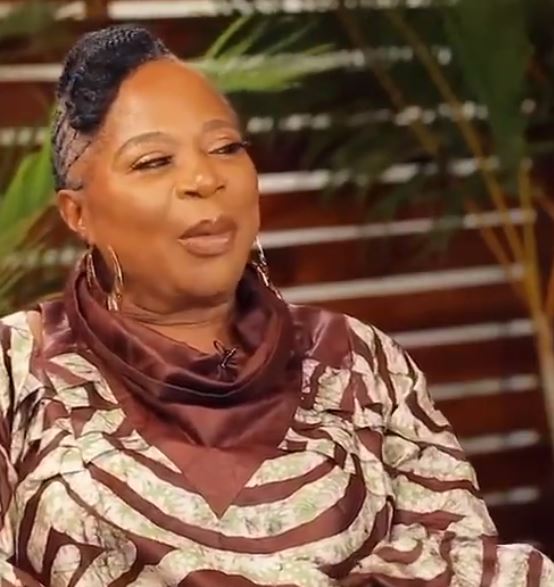 As an employee of the NTA, Onwenu made an impact as a newsreader and reporter. In 1984, she wrote and presented the internationally acclaimed BBC/NTA documentary Nigeria, A Squandering of Riches which became the definitive film about corruption in Nigeria as well as the intractable Niger Delta agitation for resource control and campaign against environmental degradation in the oil rich region of Nigeria. A former member on the board of the NTA, she has also worked as a TV presenter, hosting the shows Contact (1988) and Who’s On? (1993) both on NTA Network.

Originally a secular artist, Onwenu made the transition to gospel music in the 90s, and most of her songs are self-penned. She continues to write and sing about issues such as health (HIV/AIDS), peace and mutual coexistence, respect for women rights, and the plight of children. She began her music career in 1981 while still working with the NTA, releasing the album For the Love of You, a pop album which featured an orchestral cover of Johnny Nash’s “Hold Me Tight”, and her second album Endless Life was produced by Sonny Okosun. Both records were released on the EMI label.

Onwenu’s first album with Polygram, In The Morning Light, was released in 1984. Recorded in London, it featured the track “Masterplan” written by close friend Tyna Onwudiwe who had previously contributed to Onwenu’s BBC documentary and subsequently sang back-up vocals on the album. After her fourth release, 1986’s One Love which contained an updated version of the song “(In the) Morning Light, Onwenu collaborated with veteran jùjú artist Sunny Ade on the track “Madawolohun (Let Them Say)” which appeared in 1988’s Dancing In The Sun. This was the first of three songs the pair worked on together; the other two – “Choices” and “Wait For Me” – centred on family planning, and were endorsed by the Planned Parenthood Federation of Nigeria who used “Choices” in their PSA. Onwenu’s final release on Polygram was dedicated to Winnie Mandela, the subject of a song of the same name which Onwenu performed live when Nelson Mandela and his wife visited Nigeria in 1990 following his release from prison.

Onwenu diverted to Benson and Hedges Music in 1992 and released the self-titled Onyeka!, her only album with the label, after which she made the transition to Christian/gospel music. Her latest collection, “Inspiration for Change,” focused on the need for an attitudinal change in Nigeria.

She is in partnership with Paris-based La Cave Musik, headed by a Nigerian cultural entrepreneur, Onyeka Nwelue and a UK-based Jungle Entertainment Ventures, headed by musicologist David Evans-Uhegbu. La Cave Musik is set to release her collection titled “Rebirth of a Legend“. In recognition of her contribution to music and arts in Nigeria, she has been celebrated by professionals like Mahmood Ali-Balogun, Laolu Akins, Charles O’Tudor, and former PMAN president Tony Okoroji among others in the arts industry in Nigeria.

In 2013, Onwenu served as one of the three judges on X Factor Nigeria.

Onwenu’s first movie role was as Joke, a childless woman who adopts an abandoned baby in Zik Zulu Okafor’s Nightmare. She has since featured in numerous Nollywood movies, and in 2006 she won the African Movie Academy Award for Best Actress in a Supporting Role for her performance in the movie “Widow’s Cot”. 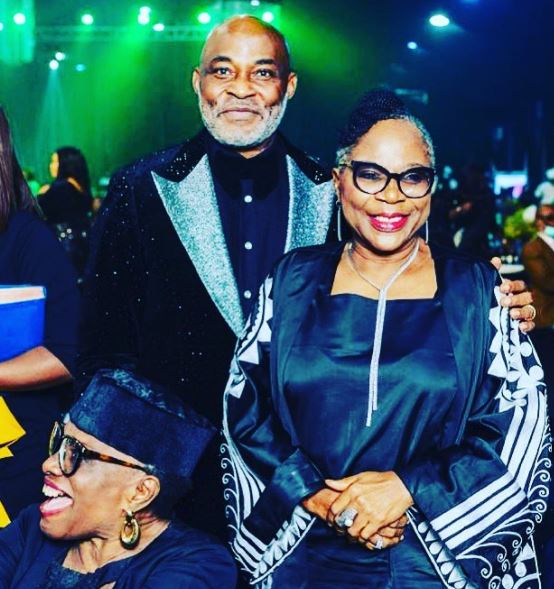 She was also nominated that same year for African Movie Academy Award for “Best Actress in a Leading Role” in the movie “Rising Moon. In 2014. She was in the movie Half of a Yellow Sun with Chiwetel Ejiofor and Thandiwe Newton, and Lion Heart

Onyeka Onwenu is a member of the People’s Democratic Party. She has contested twice to become the Local Council Chairman of her local government, Ideato North Local Government Area of Imo State, and lost at both attempts. but was appointed Chairperson of Imo State Council for Arts and Culture by former governor Ikedi Ohakim. On 16 September 2013, President Goodluck Jonathan appointed her the Executive Director/Chief Executive Officer of the National Centre for Women Development

Onyeka got married to a Yoruba muslim in 1984. According to her, she had two sons from the marriage whose names are Tijani Ogunlende and Ibrahim Ogunlende.

During the conversation with Kikilomo Atanda-Owo, the septuagenarian who has remained surreptitious about her personal life mentioned that she tried to manage her marriage, however, it fell apart.

“I went through it. It was difficult because I really didn’t want my marriage to end but I could not take it anymore. It would have killed me. I always say it and that is the truth,” she said.

She also revealed that she single handedly raised her children from nursery school till they bagged their masters degree.

“And it was not good for the children to live in that kind of environment where the mother is depressed, the mother is carrying the weight of the whole family. I raised my children from kindergarten to Masters Degree,” she added.

Her net worth is not available.

Nadia Buari’s Regal Looks in these Birthday Snaps is everything you...