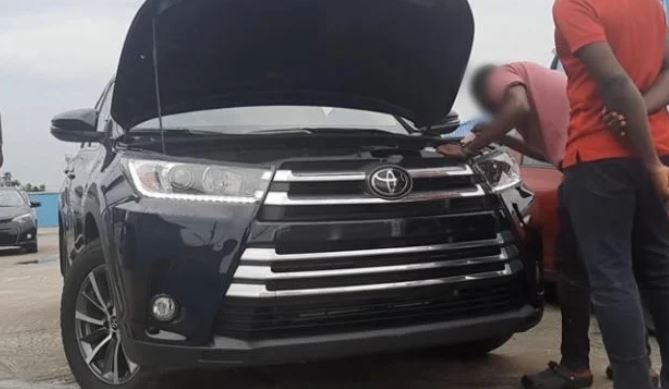 TSB News have learnt that a 2017 Toyota Highlander stolen from Ontario street, Canada has been tracked to Nigeria.

The vehicle belonging to one Ahmad Abdallah was said to have disappeared from his street last September, according to CTV News.

It was gathered that the owner had given up on finding the car after surveillance video of the thieves unlocking his 2017 Toyota Highlander provided no clue.

More than six months later, CTV News Investigates said it was able to find his vehicle—sitting in a lot in a suburb of Lagos, Nigeria.

After seeing the video of his own car for sale overseas, Abdallah realized how truly organized the criminals who stole his car might actually be.

“I got a call from you. You sent me a picture of my car. Oh it blew my mind,” he said in an interview. “This is clearly a big operation. There should be more people looking into it…we’re talking millions of dollars. This has to be taken seriously,” he said.

Abdallah’s experience is a small window into a huge surge in car thefts striking cities across Canada, with an apparent epicentre in the Greater Toronto Area.