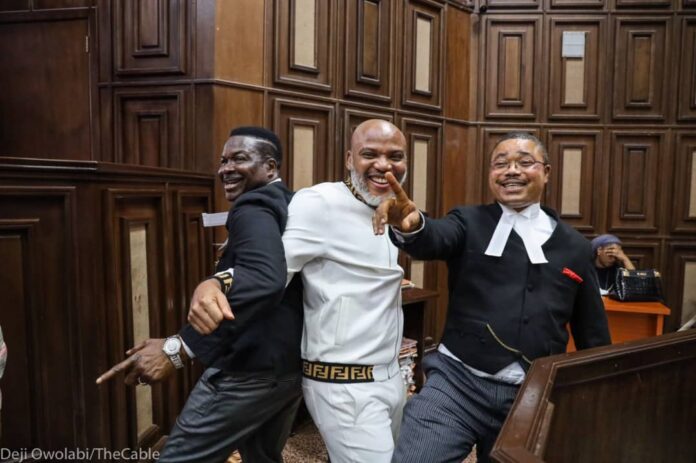 TSB NEWS reports that Nnamdi Kanu, leader of the proscribed Indigenous People of Biafra (IPOB), on Wednesday, appeared in court for the continuation of his trial.

Kanu was re-arraigned on an amended 15-count charge bordering on treasonable felony, and on April 8, Binta Nyako, the presiding judge, struck out eight of the counts.

At the resumption of trial, a motion for bail for the defendant was denied.

Ruling on the bail application, Nyako said “the application is premature and refused with liberty to refile and reapply”.

Kanu’s next trial date is set for May 26.

However, despite being denied bail by the court, Kanu didn’t seem too worried as he posed for photographs with his lawyers in court.