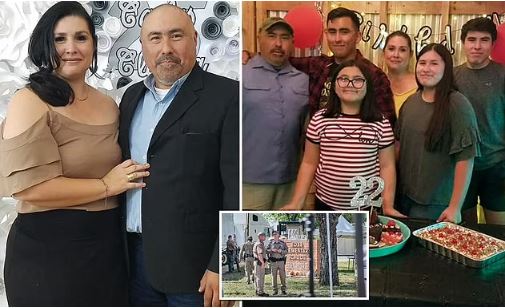 Joe Garcia died of a heart attack on Thursday, two days after his wife Irma Garcia was killed

The husband of one of the teachers murdered in Tuesday’s school shooting has died of a heart attack.

Irma Garcia, 46, was one of two teachers slaughtered by the gunman on Tuesday in Uvalde, Texas.

On Thursday, her grief-stricken husband Joe died of a heart attack.

A GoFundMe page set up by the family says he died ‘of a broken heart’.

‘I truly believe Joe died of a broken heart and losing the love of his life of more than 30 years was too much to bear,’ Irma’s cousin Debra Austin said.

The couple’s nephew tweeted that he had died of ‘grief’.

‘Please pray for our family. God have mercy on us,’ he said.

The pair were married for 24 years and had four children. It’s unclear how old the children are. 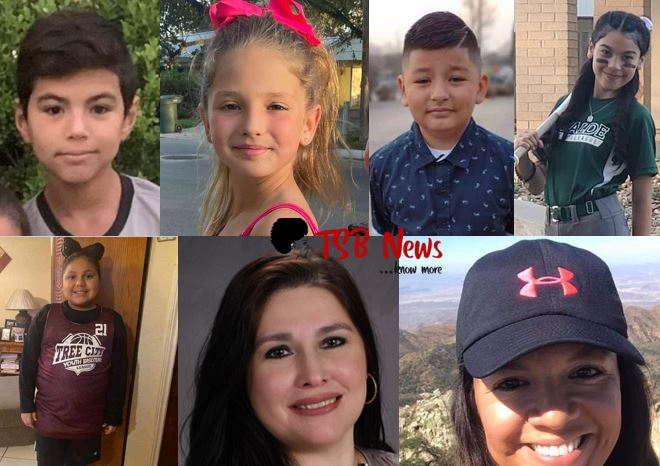 Those weren’t just her students, they were her kids as well.’

Mireles’ daughter revealed how her mother ‘jumped in front of students’ in a heartbreaking tribute on Wednesday.

‘She passed away with children in her arms trying to protect them,’ Garcia’s nephew John Martinez wrote on Twitter.

‘I don’t know how to do this life without you, but I will take care of dad.

‘I will take care of our dogs and I will forever say your name so you are always remembered, Eva Mireles, 4th grade teacher at Robb Elementary who selflessly jumped in front of her students to save their lives,’ Adalynn Ruiz wrote on Facebook.

We Have Reduced Crime In Lagos – Commissioner Of Police,...