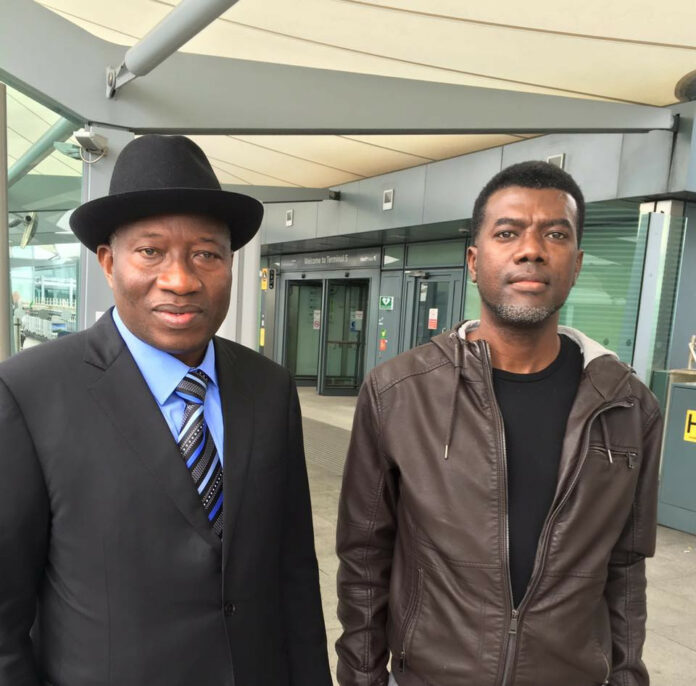 Reno Omokri, a former aide to ex-President, Goodluck Jonathan has reacted to the purchase of the N100 million nomination and expression of interest forms of the All Progressives Congress, APC, for his former boss, by the Miyetti Allah Cattle Breeders’ Association of Nigeria, MACBAN.

The group had on Monday purchased the APC presidential nomination and expression of interest forms for the former Nigerian leader.

The former President has, however, said he was not aware and did not authorize the purchase of the forms.

Jonathan had since met with the National Chairman of the APC, Abdullahi Adamu and though the details of the meeting is sketchy, he is believed to have told the APC chairman he was not aware of the purchase of the forms.

Omokri said he had refused to talk about the development earlier because he wanted Jonathan’s enemies to dance deliriously at the thought that his former principal had been demystified.

“Jonathan has nothing to do with the reported purchase of some forms. He has an official spokesman and his own staff. He is a man of honour and will not do anything surreptitiously. The media and the public should be guided.

“I could have denied this hours ago, but I deliberately declined in order to watch his enemies and mine dance deliriously at the thought that they’d demystified @GEJonathan. There is no Nigerian alive that has the national and international credibility that HE GEJ has,” Omokri tweeted.

Pres. Jonathan’s Visit to Maiduguri Was “Hallmark of Deceit” – Oby...