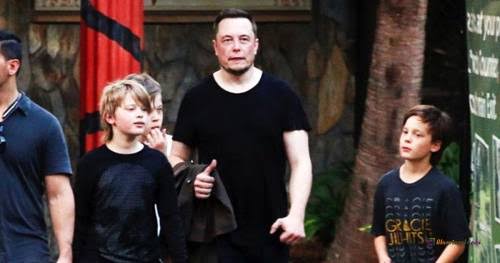 Elon Musk’s child officially changed her name after a court ruled to allow her to drop the SpaceX founder’s last name on Wednesday, June 22.

The 18-year-old, who Elon shared with his ex-wife Justine Wilson, had her petition to change her name and gender identity granted with no objection as shown in court documents, obtained by HollywoodLife. Vivian and her twin brother Griffin turned 18 in April, and the billionaire’s child filed paperwork to have the change the day after her birthday. She explained that the reason for the change was “Gender Identity and the fact that I no longer live with or wish to be related to my biological father in any way, shape or form.”

Vivian and Griffin are Elon’s oldest children. The twins were conceived with the help of IVF with Elon’s first wife Justine. Before the twins were born, Elon and Justine had a son Nevada Alexander, who sadly died after just 10 weeks. The pair later had a set of triplets: Kai, Saxon and Damian.