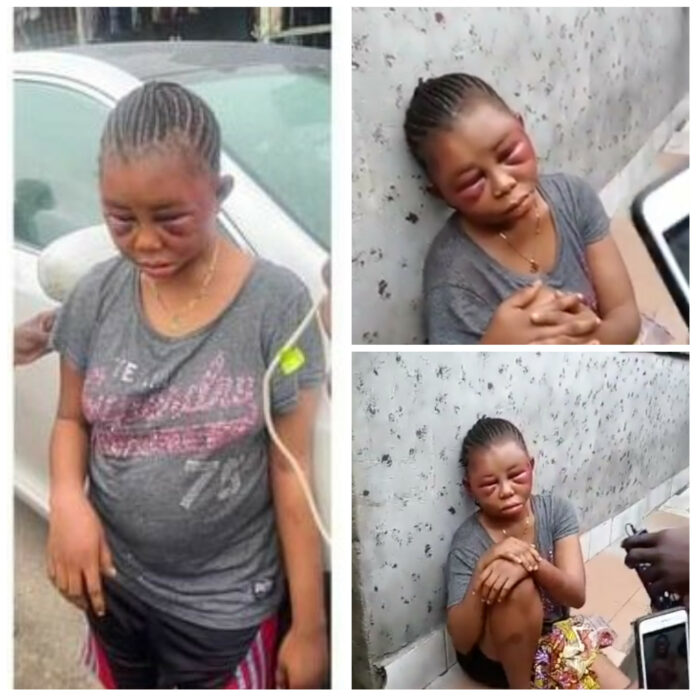 A 19-year-old Akwa Ibom girl is currently in a bad state after she was brutalised by her alleged boyfriend in Ugboroke area of Warri, Delta State.

It was gathered that the suspect identified as Patrick Fregene met the victim on the internet and invited her to Warri. Ever since then he turned her into a punching bag.

“He has been locking her indoor and beating her continuously without his neighbours knowing,” a source narrated.

“Thank God for the intervention of his elder brother who heard her crying at night and broke down the door only to discover her like this. She has been taken to the nearest hospital for treatment.” the source added.

“A quick visit this morning to the 19 years old akwa-Ibom state lady, beaten to a pulp by her boyfriend in Ugboroke, Uvwie, Delta State. There is no justification for such action against anyone and the law would take its course even if the said suspect is on the run,” he wrote.