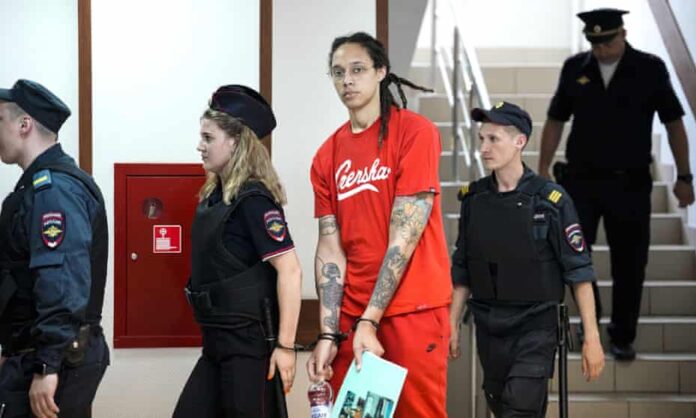 The detained US basketball star Brittney Griner has pleaded guilty to drug possession and smuggling charges during her trial in Moscow, Russian news agencies reported on Thursday.

Griner’s trial began last week amid a growing chorus of calls for Washington to do more to secure her freedom nearly five months after her arrest.

The athlete was detained in February at Moscow’s Sheremetyevo airport after vape canisters with cannabis oil were allegedly found in her luggage. She faces up to 10 years in prison if convicted of large-scale transportation of drugs.

According to the Russian state news agency Tass, Griner’s translator told the court she pleaded guilty to the charges but said she had acted unintentionally because she packed in a hurry. 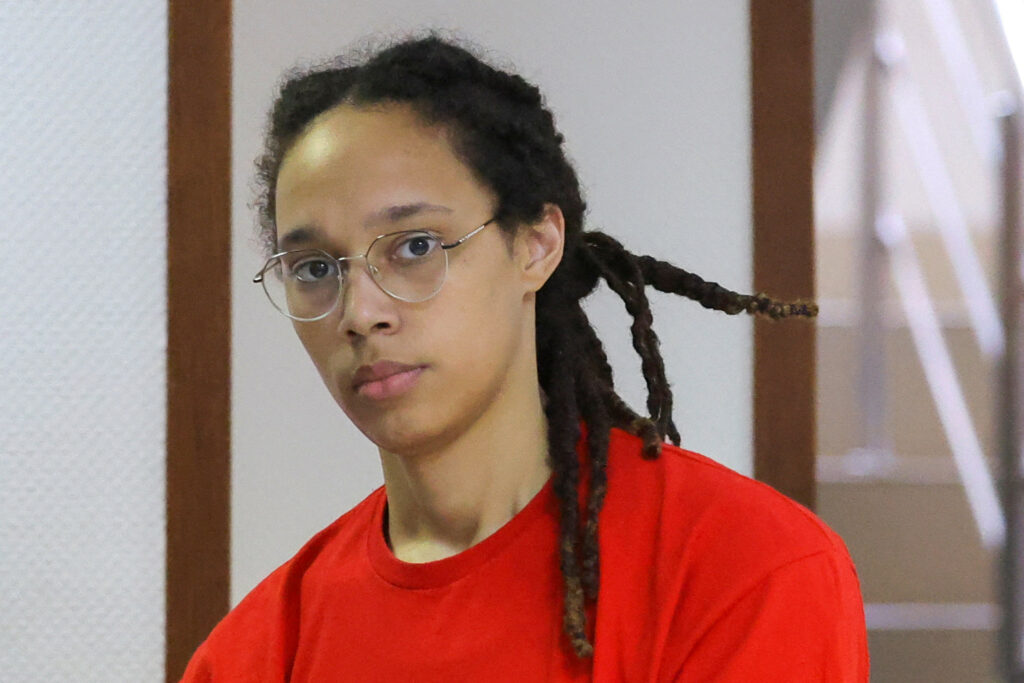 A statement released by Griner’s legal team in Russia said the guilty plea was “her decision”, adding: “Considering the nature of her case, the insignificant amount of the substance and BG’s personality and history of positive contributions to global and Russian sport, the defense hopes that the plea will be considered by the court as a mitigating factor and there will be no severe sentence.”

The next hearing of the high-profile case is scheduled for 14 July.

The Russian deputy foreign minister, Sergei Ryabkov, said on Thursday that “attempts by the American side to make noise in public … don’t help the practical settlement of issues”.

The White House said Joe Biden called Griner’s wife on Wednesday to assure her that he was doing all he could to obtain the athlete’s release as soon as possible. They spoke after Biden read a letter from Griner in which she said she feared she would never return home.

Washington has not made its strategy in the case public and the US may have little leverage with Moscow because of strong animosity due to Russia’s military actions in Ukraine. 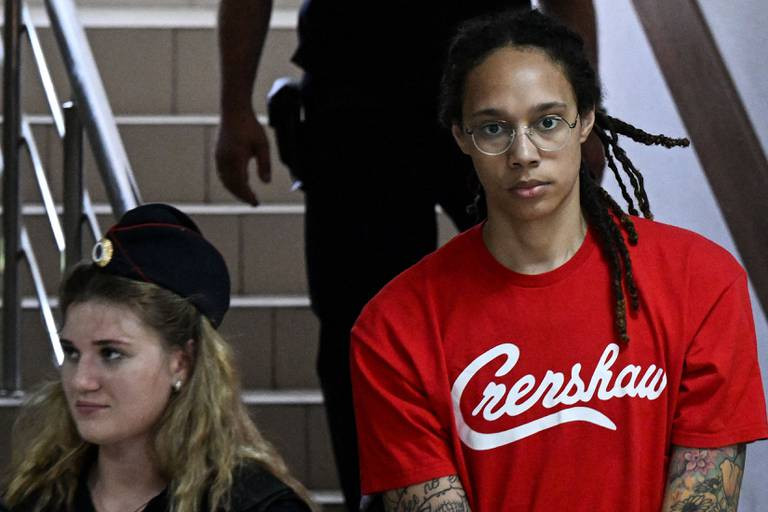 The state department has designated Griner as wrongfully detained, moving her case under the supervision of its special presidential envoy for hostage affairs, in effect the government’s chief hostage negotiator.

Asked about the possibility of Griner being swapped for a Russian jailed in the US, Ryabkov said that until her trial was over “there are no formal or procedural reasons to talk about any further steps”.

He said US criticism, including a description of Griner as wrongfully detained and dismissive comments about the Russian judicial system, “makes it difficult to engage in detailed discussion of any possible exchanges”.

The trial of the Phoenix Mercury star and two-time Olympic gold medalist was adjourned after its start last week because two scheduled witnesses did not appear. Such delays are routine in Russian courts and Griner’s detention has been authorised until 20 December, suggesting the proceedings could last months.

was unclear if Griner would testify on Thursday.

Although Griner’s supporters initially kept a low profile, calls for the US to take action grew after the trial’s first day.

The Rev Al Sharpton, one of the US’s most prominent Black activists, this week called for Biden to arrange a prayer meeting with Griner, saying: “Four months is too long for this to have gone on, and I hope the president acts on her pleas to come home.”

An organisation called Win With Black Women sent a letter to Biden saying the secretary of state, Antony Blinken, “has called Cherelle Griner, Brittney’s wife, assuring her and stating publicly that Brittney’s safe return was a matter of personal priority; however, we are concerned that the rhetoric does not appear to align with the actions taken to date. We urge you to make a deal to get Brittney back home swiftly.”

Russian news media have repeatedly speculated that Griner could be swapped for the Russian arms trader Viktor Bout, nicknamed “the merchant of death”, who is serving a 25-year sentence in the US on conviction of conspiracy to kill US citizens and providing aid to a terrorist organisation.

Russia has agitated for Bout’s release for years, but the wide discrepancy between Griner’s alleged offence and Bout’s global dealings in deadly weapons could make such a swap unpalatable to Washington.

Bout’s wife, Alla, said on Thursday that she was not aware of any new developments in her husband’s case or that he could be part of a prisoner swap.

Others have suggested Griner could be traded along with Paul Whelan, a former marine and security director serving a 16-year sentence in Russia on an espionage conviction that the US has repeatedly described as a setup.

Russia has shown no signs of backing off. The foreign ministry spokesperson Alexei Zaitsev said on Wednesday: “This is a serious offence, confirmed by indisputable evidence … Attempts to present the case as if the American was detained illegally do not hold up. The law has been violated, and arguments about the innocent nature of Griner’s addiction, which, by the way, is punishable in some US states, are inappropriate in this case.”