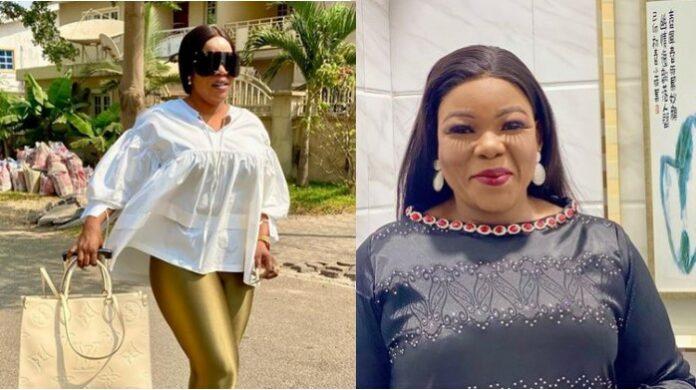 Recall that we reported that Ameh died on Sunday, 17th July, after slumping in Delta State.

It was disclosed on getting to the hospital, the actress was confirmed dead.

When newsmen reached out to the Empress Njamah, she obviously was down with the news and said:

A few hours later, the actress took to her Instagram page to share a blank photo alongside emojis of broken hearts. ‘We Are Aware Of What APC Cabal Is Planning To Do...