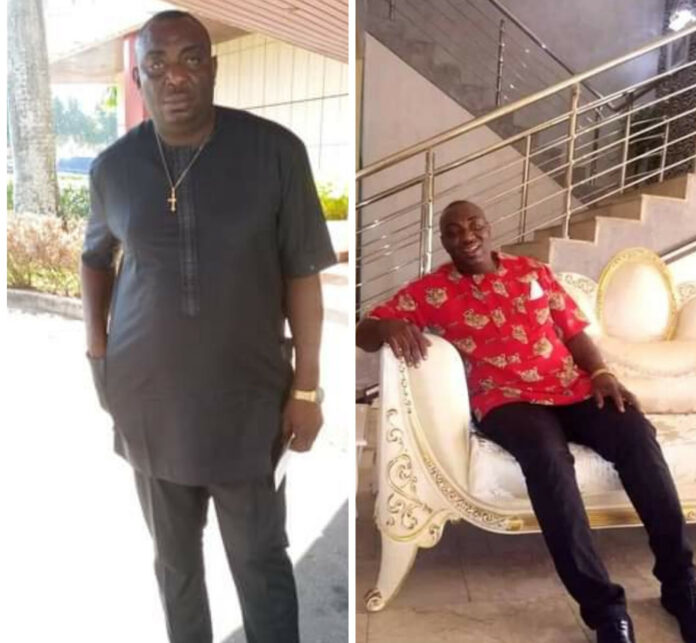 Gunmen suspected to be assassins have killed a former State House of Assembly aspirant on the platform of the Peoples Democratic Party, PDP, in Bayelsa State, Odienyefa Ogbolosingha.

It was gathered that the masked gunmen dressed in military uniform traced the deceased to his house along Imiringi Road on Friday, July 22, and shot him in the head, arm, and shoulder at close range.

An eyewitness said two other people who were in the house were shot in the legs when they rushed out on hearing the gunshots.

The 53-year-old victim, who contested the PDP ticket for the 2023 state Houses of Assembly election, was the younger brother of a former chairman of the Yenagoa Local Government Council, late Michael Ogbolosingha.

He hailed from Kalaba community in the Yenagoa LGA and was also a member of the Okordia-Zarama Cluster Development Board.

Sources fear that the killing of Ogbolosingha could be linked to the lingering crisis in Kalaba community leading to the recent murder of the paramount ruler, and the Community Development Committee (CDC) chairman over their refusal to concede to the setting up of an illegal refinery in the area.

A community source, who pleaded anonymity, told Punch that Ogbolosingha’s assailants had a couple of weeks ago sent him a message warning him and a contractor not to carry out a road project under the cluster board

“They sent him a message some two weeks ago or so warning him and a contractor to desist from embarking on a road project by the cluster board in the community. But he sublet the job. He has been a member of the board for some time. Now they have gunned him down in his house at Imiringi Road, Yenagoa,” the source said.

“Some names were mentioned in the Kalaba crisis, and the state government has been told to intervene to stop these killings. It is enough,” the source added.

Spokesman of the Bayelsa State Police Command, Asinim Butswat, confirmed the development in a statement on Saturday.

“Police operatives responded to a distress call at about 14:00 hours on Friday 22 July 2022, that armed men shot one Odeinyefa Ogbolosingha at his residence at Imiringi road, Yenagoa. The victim was rushed to the Federal Medical Centre, Yenagoa, for treatment, but was confirmed dead. Investigation has commenced.” he stated.

Neymar Goofs Around With His Dad While Showing Off Their Football...