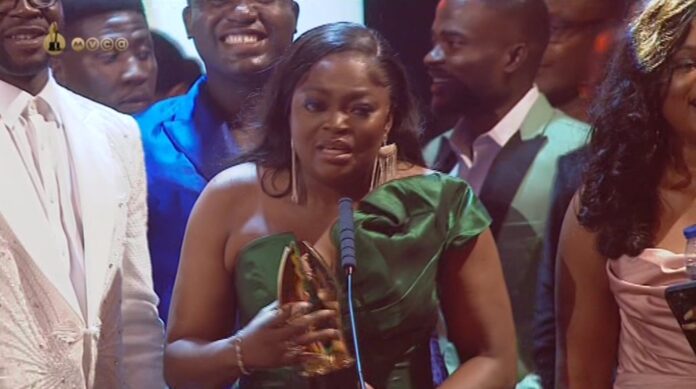 I have the numbers, I have fans and followers on social media, people at the grassroot love me – Funke Akindele boast on TV

Funke Akindele, deputy governorship candidate of the Peoples Democratic Party (PDP) in Lagos, says she has what it takes to secure victory for her party.

Akindele, a lawyer and actress, was officially unveiled as the running mate of Olajide Adediran, Lagos PDP governorship candidate.

At the time, Akindele had urged the youths of Lagos to use their numerical strength as an advantage in the forthcoming election.

Speaking on Thursday when she featured on Channels Television, she said aside from her fans on social media, she has supporters at the grassroots level.

“I’m going there for my fans, my followers, for Lagosians. It’s time for change, for change for the youth, for women.

“Over seven years, Dr. Abdul-Azeez has been building this structure. He knows them; he knows what they need.

“I have the numbers. I have fans and followers. I’m true to myself. I have over 19 to 20 million fans on social media. There are a lot of people in the grassroots. Outside of Ikorodu, I have fans at the grassroot level everywhere.”